The main problem for Governor Nyesom Wike however had been the arbitrary and unfair manner with which the federal government had been sharing the resources. Meanwhile, Lagos State which is the highest VAT earner is set to enact the appropriate law to ensure that it begins collection of VAT soon. 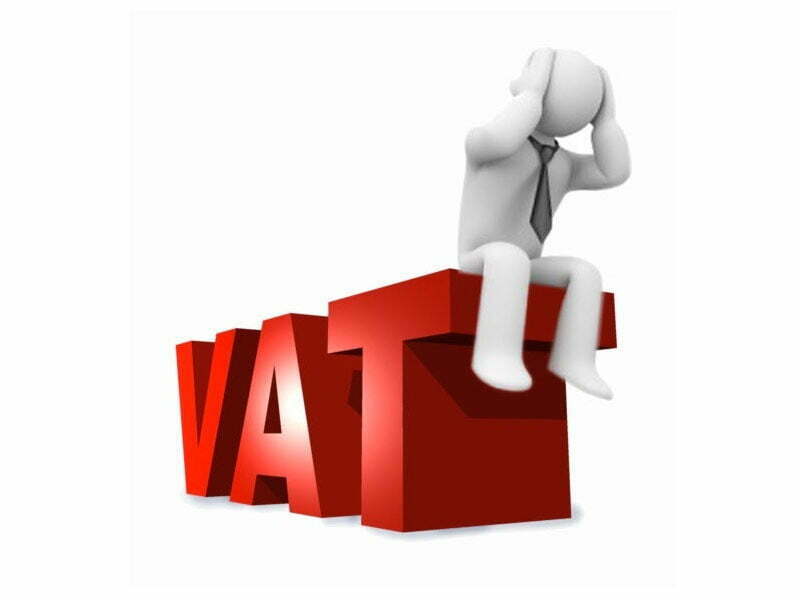 There appears to be a watershed in the collection of Value-Added Tax as Rivers State has insisted to enforce its High Court victory that declared that only states are constitutionally allowed to collect the prized tax which had for years been a major income stream for the federal government.

The main problem for Governor Nyesom Wike however had been the arbitrary and unfair manner with which the federal government had been sharing the resources. Meanwhile, Lagos State which is the highest VAT earner is set to enact the appropriate law to ensure that it begins enforcement of the judgment with the collection of VAT by the state soon.

Posts on Governor Wike’s verified Facebook posts gives the rationale for his actions. He said:  “In June N15.1bn was collected as taxes in Rivers State but N4.7bn was given to Rivers State, N46.4bn was collected from Lagos State but Lagos was given N9.3bn. Kano generated N2.8bn and was given N2.8bn. Have you seen the injustice in this country ? I will not be Governor forever, it’s not about me but about the system.  Let the right thing be done.”

Wike continued: “We filed the Value Added Tax (VAT) collection action against FIRS and the Office of the Attorney General representing the Federal Government in 2020.

In July 2021 the Chairman of FIRS wrote to the National Assembly through the Office of the Deputy Speaker of the House of Representatives to amend the Constitution and empowered the Federal Government to collect VAT. They knew what they were doing was unconstitutional that’s why they wrote for the constitution to be amended to Include VAT in the exclusive legislative list.

This was exactly what we were challenging in Court so they tried to include it through the back door. Corruption is not only about people collecting money, corruption is also doing things illegally.”

However, the Guardian reports that the FIRS is fighting back albeit fiercely.  According to the paper, the battle for Value Added Tax (VAT) between the Federal Inland Revenue Service (FIRS) and states got fiercer yesterday as Rivers State, spearheading the new wave of fiscal federalism with its August 10 court judgment, commenced full implementation of the state’s VAT law, while the federal tax agency in a desperate bid to retain the collection of VAT, has written the National Assembly, seeking the inclusion of VAT collection in the exclusive legislative list.

In a letter signed by the Executive Chairman of the FIRS, Muhammad Nami, and dated July 1, 2021, which was addressed to the Chairman of the Constitution Review, who is also the Deputy Speaker of the House of Representatives, Idris Wase, FIRS requested the federal lawmakers to approve for it the establishment of a Federal Revenue Court of Nigeria.

The letter with references number FIRS/EC/CWREP/0416/21/037, was titled, ‘Request for sponsorship of a bill for the establishment of the proposed Federal Revenue Court of Nigeria and the insertion of Value Added Tax under item 58 of the exclusive legislative list’.

FIRS specifically pleaded with the National Assembly to vest, exclusively on it, all adjudication of tax disputes, including federal tax laws, companies income tax, petroleum tax, income tax, capital gain tax, stamp duty, VAT, taxes, levies and other laws, regulations, proclamations, government notices and rules. The VAT rate was raised from five to 7.5 per cent in 2020.

FIRS Group Lead, Special Tax Operations Group, Mr. Matthew Gbonjubola and his Digital and Innovation counterpart, Mrs. Chiaka Ben-Obi, giving insight into the position of the organisation in Abuja yesterday, said: “VAT came into being by virtue of the VAT Decree of 1993, which was a federal law. It came into effect in 1994, on January 1. According to the law establishing VAT, the FIRS is the legitimate authority to administer it.

“The VAT law abrogated all sales taxes at the time it was enacted and upon the advent of the current democratic dispensation, the VAT decree became an Act of the National Assembly and it has remained so until now.”

Gbonjubola explained that the input/output mechanism of VAT and the fact that the bulk of VAT revenue comes from imports, as well as, Federal Government’s Ministries, Departments and Agencies’ (MDAs) contractors, make it impossible for states to administer the tax. According to him, no state government controls any port and that as such, it would be very difficult, if not impossible for sub-nationals to collect VAT.

“There are three very important avenues of VAT collection. One is VAT on imported items, which is collected at the ports of entry. As at today, there is no state government that controls any port in Nigeria, which is why it is a lot easier for the FIRS to administer VAT.

“That is why if you look at VAT today, after Lagos, because we have many ports in Lagos, FCT comes second because the majority of contract awards are from the federal ministries and VAT collected in respect of those ministries are from the Federal Government. It is extremely difficult, if not impossible, to operate VAT at sub-national level.  And that is why there is no country in the world that does that.”

The Guardian also reports that  local producers have expressed worries that the recent controversy over the control of VAT between the federal and state governments, will take a huge toll on their businesses.  With a contribution of N44.9 billion in the first half of 2021, according to National Bureau of Statistics (NBS), operators noted that the manufacturing sector is going to be hardest hit by this looming impasse.

The Director-General of the Manufacturers Association of Nigeria (MAN), Segun Ajayi-Kadir, noted that the seemingly conflicting court judgments and strong statements emanating from the two tiers of government are unhealthy for business.  According to MAN, the impasse is unnecessary considering that the economy is showing signs of full recovery and reasonable growth.

“Manufacturers, like many other business operators in Nigeria are deeply concerned about what becomes of their fate come September 20 when businesses are expected to file value-added tax (VAT) claims and beyond. The contentions are worrisome and potentially inimical to the smooth operations of our businesses.

“On the one hand, FIRS is insisting on continuing to collect VAT, while Rivers State is ordering immediate and complete collection of the same tax. Lagos State is preparing the grounds to go the way of Rivers. Who knows, other states may be warming up to join the fray,” he added.

He noted that operators expect the Federal and State governments to stop the grandstanding and find a mutually acceptable way forward.

“The business community can ill afford the anxiety and confusion that this controversy is generating. We should not be made to suffer while the two tiers of government fight over who should control VAT.

“Also, we should not be put in a situation where we have to pay both governments the same tax. This will amount to overkill for the struggling manufacturing sector, and I dare say, a recovering economy. This is potentially dangerous, not only to the profitability of the manufacturing sector; it is ruinous to the disposable income of the average Nigerian consumer,” MAN warned.