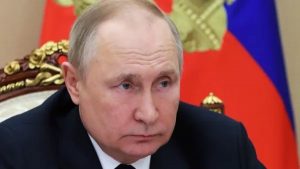 The Russian government has blamed sanctions imposed by Western powers as the reason for an interest payment deadline on sovereign foreign debt being missed, and rejected allegations that it did not pay its dues.

“We do not agree with that,” Kremlin spokesperson, Dmitri Peskov, said in remarks reported by the Interfax news agency after the 30-day deadline relating to two loans taken out in foreign currency passed in the early hours of Monday.

The Russian Finance Ministry said the payments due were in fact made on May 20, five days before the U.S. Office of Foreign Assets Control.

These fell under the U.S. Treasury and issued a ban on Russian transactions.

Russian Finance Minister, Anton Siluanov, has termed the dispute about the failure to make the payment a “farce.”