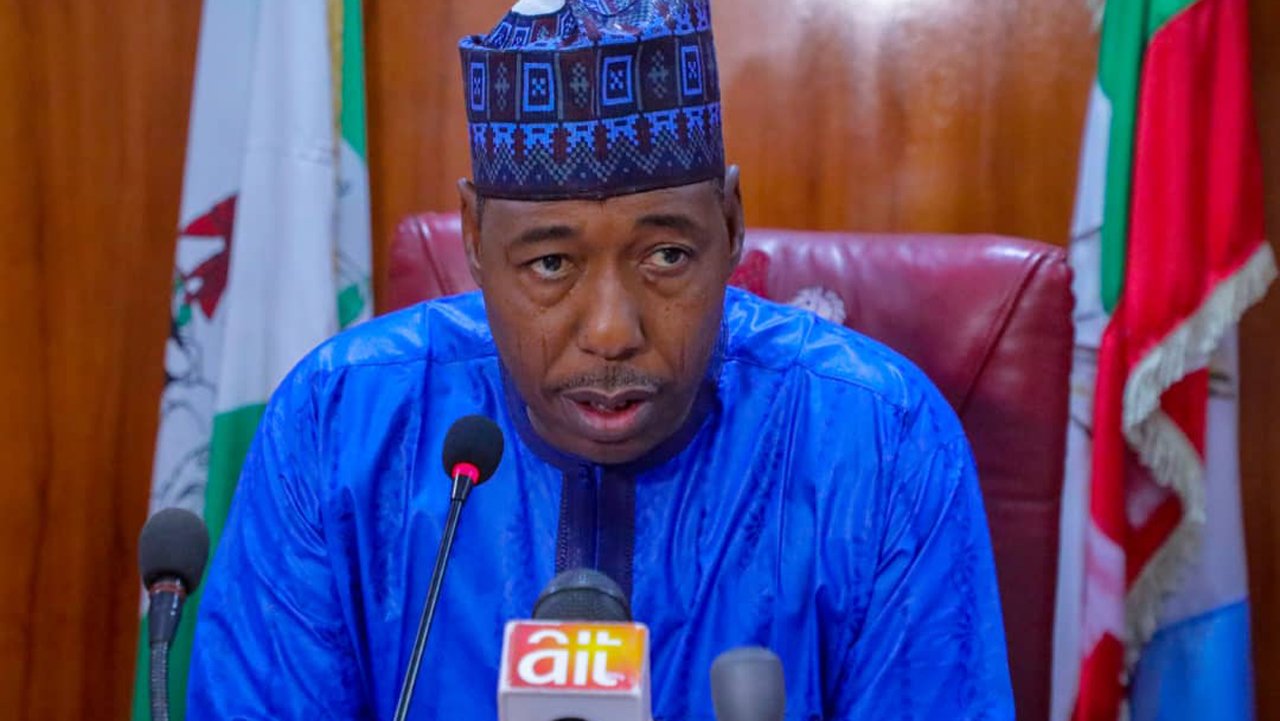 Torrential rainfall and excess water released  from Alau Dam have led to flooding in some parts  of Maiduguri metropolis and its environs.

Gov. Babagana Zulum visited some of the affected wards on Tuesday where he sympathised with those affected.

Zulum who spoke to newsmen after his inspection of the affected areas condemned the habit of people building on waterways and along river banks.

He said that  his administration had on inception marked no less than 1,500 houses built on waterways for demolition but many misunderstood the measure as government being insensitive.

“You could remember on assumption of office, about 1,500 houses were marked for demolition but unfortunately people could not understand our foresight.,” Zulum said.

The governor who promised to take temporary measures for now to contain the situation,  said permanent measures like the review of Maiduguri masterplan, disilting of the river and construction of dikes/embankment along the river  had become necessary.

The governor  after the inspection then directed his Deputy, Alhaji Umar Kadafur,  to lead an assessment team to tour all flood affected local government areas in the state.

He said that would afford his administration  the opportunity to ascertain the extent of damage done  and collate the statistics of victims that would  need support.