Pam, who is the General Superintendent of the Assembly of God Northern Nigeria, admonished Christians in the country to take their destiny into their hands by voting during the election and be voted for. 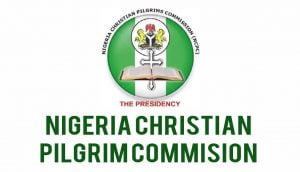 The Executive Secretary, Nigerian Christian Pilgrim Commission (NCPC), Rev. Dr Yakubu Pam, has enjoined Christians to ensure they obtain their Permanent Voters Cards (PVCs) to enable them participate in the 2023 general election.
This is contained in a statement on Monday by Mr Celestine Toruka, Head, Media and Public Relations at NCPC.
According to the statement, the NCPC boss stated this in Mangu Local Government Area of Plateau state during the inauguration of the Assembly of God, Northern Nigeria, Mangu District.
Pam, who is the General Superintendent of the Assembly of God Northern Nigeria, admonished Christians in the country to take their destiny into their hands by voting during the election and be voted for.
He said that this cannot be possible without having their PVCs, saying with the PVCs, they would be able to vote for the candidates of their choice.
“I plead with Christians all over the country to take the issue of PVC seriously”.
Pam affirmed “we have come to a time when the citizenry no matter their religious beliefs must obey the laws of the land.”
Pam said it is compulsory for every Christian to obtain his or her PVC and be part of the new reengineering political process in the country.
Don't miss
NEWS

The NCPC helmsman further appealed to Christians to ensure they participate actively in the forthcoming general election, stating that the era when Christians show indifference in political matters is over.
READ ALSO:https://brandpowerng.com/energy-experts-partner-son-on-safety-standards-for-nigeria/
He congratulated Nigerians for the success recorded in the just-concluded primaries conducted by various political parties in the country.
He was particularly happy that the primaries were not marred by crisis which explains why the results were accepted by all.
However, he decried the activities of the enemies of the country who take relish in causing pains for others by
perpetuating evil and killing innocent and harmless Nigerians even in places of worship.
He stressed that the security situation in the country is precarious and dangerous but prayed that “the Lord would heal our country.”
The NCPC Chief Executive prayed for the new executive members of the Assembly of God, Northern Nigeria , Mangu District, tasking them to be strong, bold and courageous; and have faith in God.
(NAN)