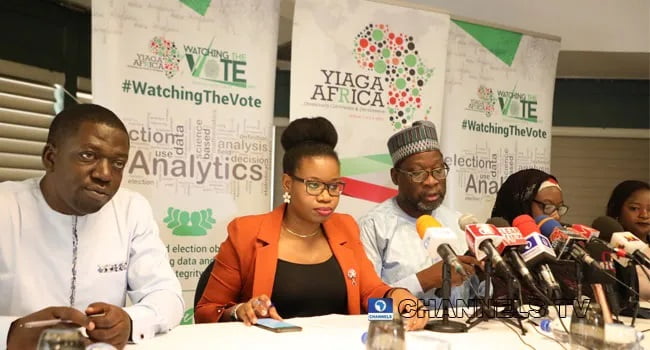 An election monitoring group, Yiaga Africa, on Thursday called on security agencies to publish details of electoral offenders arrested during the July 16 governorship election in Osun.

Executive Board member of the group, Mr Ezenwa Nwagwu, made the demand at a stakeholders’ post-election meeting with Civil Society Organisations in Osogbo.

Nwagwu noted that there was provision in the electoral law to punish vote buyers, sellers and ballot box snatchers, among other offenders.

According to him, if security agencies are unable to arrest and prosecute offenders for vote buying, selling and other electoral offences, the deployment of heavy security personnel cannot be justified.

Ezenwa said Yiaga Africa had met with stakeholders who participated in the election to know where there should be improvement in future exercises.

He noted that Yiaga’s recommendations in the past had brought improvement to electioneering process in Nigeria.

Ezenwa urged INEC to continue to use the Bimodal Voter Accreditation System to prevent multiple voting in the name of transfer of voter cards.

“The essence of this post-election meeting is to examine how we can improve in future elections.

“Our recommendations will go to INEC and to security agencies for possible improvements,’’ he said.

In his remarks, chairman of Osun State council of the NUJ, Mr Wasiu Ajadosu, commended Yiaga Africa, INEC, and other stakeholders for their support at the election.

Ajadosu urged INEC not to regard the Osun election as a perfect process, but to focus on how to improve further elections.

Also, President of Network of Non-Governmental Organisations in Osun, Mr Michael Oluseyi, commended security agencies for their professional conduct during the election.

Oluseyi charged INEC to look for ways of curbing vote buying and selling in future elections.