He expressed delight that the programme had started effectively since January, adding that most states were implementing it. 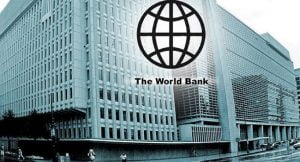 The Nigeria COVID-19 Action Recovery and Economic Stimulus (NG-CARES), has urged the 36 states of the federation and the Federal Capital Territory (FCT) to accelerate the implementation of the programmes.

Prof. Foluso Okunmadewa, the World Bank, Lead Specialist, Social Protection and Task Team Leader for NG-CARES, made the call at a two-day implementing status review meeting with States’  Coordinators on Thursday in Abuja.

The News Agency of Nigeria (NAN) reports that NG-CARES is a World Bank-assisted Federal Government credit project of 750 million dollars.

It is a two-year intervention project aimed at mitigating the impact of COVID-19 on the poor and vulnerable groups.

He expressed delight that the programme had started effectively since January, adding that most states were implementing it.

“That is why we decided to sit with the coordinators in all the 36 states and FCT to look at the status of the implementation.

”We will look at what are the things that they have achieved; what is working very well and what is a bit challenging,” he said.

He said that no fewer than 40 million Nigerians were expected to benefit from the programme in three major areas.

” And the totality of the people that are expected to benefit from the 750 million dollars NG-CARES programme within two years time are almost 40 million Nigerians,” Okunmadewa said.

Okunmadewa emphasised the need for all states to accelerate the implementation of the programme.

“We thought it is a good time to call 36 states and FCT coordinators to have a discussion on the programme and it has been going very well.

” We have seen an upswing in the implementation unlike what it was around March this year, where things were not as forthcoming as expected.

“But now in a sizable number of states, even the state governments have added more resources to the resources that were provided as assistance from the World Bank.”

He, however, said that few states were still lagging behind in the implementation.

“We looked at some of the constraints they have, we provided advice and some activities will be taken at the federal level, “Okunmadewa said.

He said that some activities would be taken at the World Bank level to speak with governors and other critical stakeholders.

Earlier, the National Coordinator of NG-CARES, Dr Abdulkarim Obaje, said that both the World Bank and the Federal Government had requested for a review of the progress that had been recorded by all the states.

He said that the programme was a fast disbursing credit facility from the World Bank, ”which means the money should be disbursed to each state as quickly as possible within the time frame of the programme.”

Obaje extolled the disposition of the World Bank and the Federal Government towards simplifying the processes.

He said this would ensure that all the money, if possible would go down to the states to assist the poor and vulnerable.

“We want each of the states to draw down 20 million dollars over the remaining 12 months of the programme.

” So, if states are not disbursing money fast to the delivery platforms, then it will lead to some inabilities to draw down all the resources.

“Time is against us as we want to fast track implementation as much as possible across all the delivery platforms and throughout all the states,” he said.

Also, Mr Umar Dahiru, a participant from Nasarawa State, expressed optimism that the programme would achieve its desired results and lift many people out of poverty in the state, ”based on the political will of the Governor, Abdullahi Sule.”