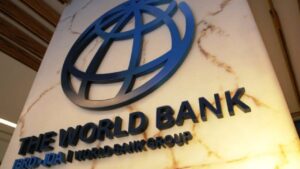 The Country Director of World Bank, Mr Shubham Chaudhuri, has advocated for the right investments to reduce poverty in the country.

He made the call at the ongoing capacity building for selected journalists on Demographic Dividend (DD) by National Population Commission (NPC), sponsored by World Bank in Lagos.

DD, therefore, occurs when the proportion of working people in the total population is high because this indicates that more people have the potential to be productive and contribute to growth of the economy.

It also means accelerated development achieved by government when it has lower dependency ratio or the transition of the population from liability to asset.

The country director, therefore, said investments like the Premium Motor Spirit (PMS) subsidy must be reconsidered and channelled to education.

He described Nigeria as a country with great potential, and called for a paradigm shift from the way of doing things to attain DD.

Chaudhuri, who also advised government to prioritise spending on human capital development projects, said the World Bank had supported the country in keeping with its mandate as developing cooperators invested so much in polio eradication.

He reiterated the imperatives of education for the all, which he emphasised is a major driver to ending poverty.