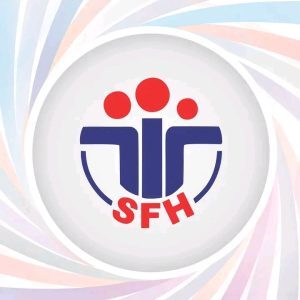 The Non-Governmental Organisation (NGO) said this in a statement by Dr Jennifer Anyanti,
Deputy Managing Director, Strategy and Technical on Thursday in Abuja to commemorate the 2022 World Aids Day (WAD) which has ‘Equalise to End AIDS’ as its theme.

She, however, said that the theme was timely as it enhances equal access to treatment and prevention services and a call to action for everyone to address the inequalities which were holding back progress in ending AIDS.

“With the existing inequalities in the HIV response especially among children, women and key affected populations, we must also step-up efforts to help both children and young women stay HIV-free, especially in developing countries.”

Anyanti said it was contributing to ensuring the 1.8 million Nigerians on life saving HIV treatment, millions of persons on prevention programmes and others directly involved in its interventions and hundreds of community-based organisations live free from discrimination, stigma and financial hardship.

She said that in 1999, AIDS was the fourth biggest cause of death worldwide and it was the number one killer in Africa.

“We contributed since then in areas of HIV prevention, treatment, care and research over these years through our strategic collaborations.

“Our resilience for the communities and people for whom we exist have been central to all this progress.”

According to her, to contribute to the reduction of the disease’s prevalence in Nigeria, between January and September, the society tested 283,256 people and started over 9,000 persons with HIV on life saving HIV treatment.

“This WAD, we reaffirm and redouble our collective resolve to meet the ambitious but achievable goal of ending the HIV & AIDS epidemic by 2030.

“On this day, we also renew our commitment to supporting the wellbeing of people living with HIV, as well as those at risk for infection and to centre equity in making sure our response is informed by voices of those populations impacted by HIV.

“We also renew our commitment to reduce stigma, discrimination and inequalities that exists by providing equitable access to HIV care, treatment and prevention through our strategic programmes, policies, research and community empowerment to ending the HIV epidemic.”

She added that WAD which takes place on Dec. 1 every year was an opportunity for everyone to support people living with HIV/AIDS, commemorate those they have lost, take stock of the tireless work being done worldwide and re-energise advocacy efforts to end the epidemic.