According to Haruna, the fundraising would be achieved through its innovative annual private sector led global summit alongside a transnational initiative: Infrastructure As An Asset (IAAA) proprietary programme. 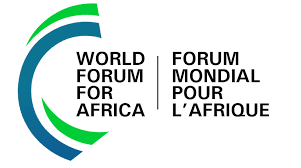 The World Forum for Africa (WOFA), a newly established think-tank, has unveiled plans to galvanise stakeholders around the world to bridge the infrastructure gaps in Africa by raising 10 billion dollars in the first tranche.

WOFA co-convener, Mr Abi Haruna, made this known in a statement on Tuesday in Lagos.

According to Haruna, the fundraising would be achieved through its innovative annual private sector led global summit alongside a transnational initiative: Infrastructure As An Asset (IAAA) proprietary programme.

Haruna said the IAAA would be used to conceptualise and implement transformational infrastructural projects, which were economically viable, fiscally and commercially sustainable.

He added that WOFA was committed to infrastructural development in Africa.

“In 2016, the United Nations Conference on Trade and Development estimated that between 1.6 trillion dollars and 2.5 trillion dollars is required annually for the period 2015–2030 to bridge the infrastructure-financing gap in developing countries.

“The African Development Bank estimates that Africa needs 170 billion dollars yearly by 2025, with an estimated gap of around 100 billion dollars to plug the gaping infrastructure deficit on the continent,” said Haruna.

He said this tenuous position of Africa was further heightened by the unprecedented double impact of the COVID 19 pandemic in the last two years and current conflict in Ukraine.

“WOFA is focused on inspiring the build-out of transformational infrastructure projects across Africa thus spurring what is perhaps the largest economic transformation in human history.

“WOFA is essentially about helping to bridge the infrastructural gap across this great continent and is determined to lead the continent’s infrastructure revolution through a Made in Africa initiative,” he said.

He noted that this could be achieved through collaboration with international development partners and major stakeholders in Africa infrastructure value chain delivery, including private and public sectors.

“When you look around the continent of Africa, challenges abound.

“But at WOFA, we are determined to turn the challenges into opportunities, place the continent on the path of rapid economic growth and spur the largest economic transformation in human history,” he said.

Economists, others call for removal of fuel subsidy