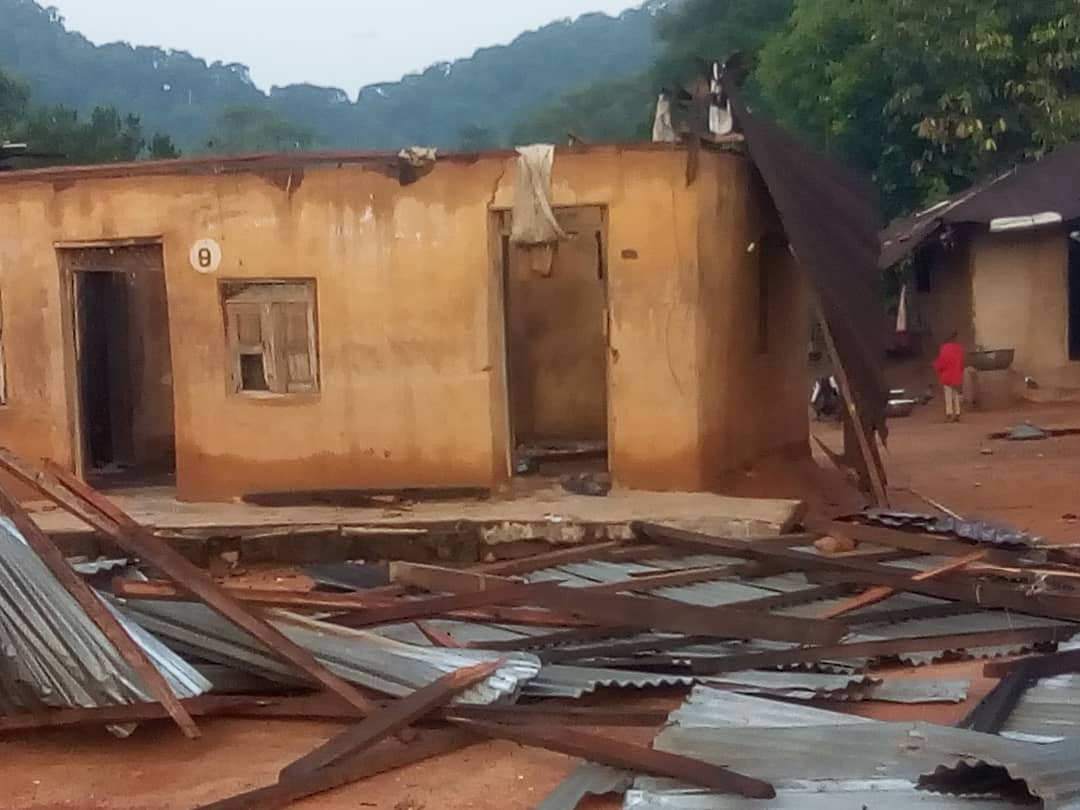 A Windstorm has destroyed over 100 houses in Okubuchi community in Boki Local Government Area of Cross River, the News Agency of Nigeria (NAN) reports.

NAN also reports that over 500 households have been displaced from their ancestral homes and are now seeking refuge in nearby communities due to the windstorm.

A community leader, Mr Anthony Ewah-Obi who conducted NAN correspondents around the affected community on Monday, said the windstorm occurred on July 16.

Ewah-Obi told NAN that properties estimated at N1.5 billion were destroyed by the storm.

He said that the disaster pulled down trees, and destroyed houses and economic trees, among others.

“We have not had this kind of disaster before now in our community. The windstorm destroyed over 100 houses including economic trees and other valuables.

“As we speak, over 500 households have been displaced as a result. Many of them are now refugees in nearby communities.

“We are looking forward to the Federal and State Governments’ intervention because our people are stranded. It is not easy for a man and his family to seek refuge in a house that is not his,” he said.

One of the victims, Mr Sunday Otu, told NAN that the storm also affected the education of their children.

He said that some of the affected pupils had left the community to seek refuge in nearby villages with their parents.

Otu appealed to the governments to come to their aid.

Meanwhile, a member representing Boki 2 State Constituency in the Cross River House of Assembly, Mr Hilary Bisong has visited the community to sympathise with the victims.

Bisong called on the National Emergency Management Agency (NEMA) to come to the aid of the community with relief materials.

Reacting, the Director General, Cross River Emergency Management Agency, Mr Princewill Ayim, said that he had been briefed on the incident.

Ayim, who sympathised with the victims, said that the agency would soon visit the community for an assessment and thereafter invite NEMA South South zonal office for intervention. (NAN)