“We have to know where we are coming from so as to have a small chance of getting it right as a nation. 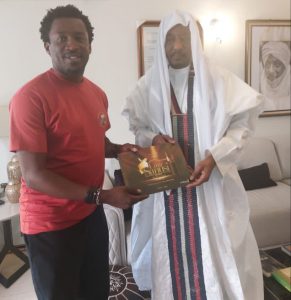 Mr Joseph Edgar, Executive Chairman, Duke of Shomolu Productions, has decried the sharp disconnect between Nigeria’s youths and country’s past.

Edgar, whose firm specialises in producing and staging historically-backed plays, particularly lamented that most youths had no idea of what happened “even few years ago”.

“We have interacted with youths and found their knowledge of the past either totally non-existent, or abysmally low. This is scary and just unacceptable,” he told the News Agency of Nigeria (NAN), on Sunday in Lagos.

“We have to know where we are coming from so as to have a small chance of getting it right as a nation.

He regretted that most youths in Lagos, for instance, do not know anything about Alhaji Lateef Jakande, the state governor between 1979 and 1983.

“Some of these youths live in Lateef Jakande Estate. Some live on Lateef Jakande Road and even attend schools named after the governor, but you ask them who he is and why schools, Estates and edifices are named after him, they don’t know,” he fumed.

Edgar said that such ignorance of history was the reason why his outfit was focusing on staging plays on historical events that seek to recreate and refresh Nigeria’s past so as to connect same with the present to help the youths to couch out a future.

He said that the outfit had staged plays on Obafemi Awolowo (Awo), Olusegun Obasanjo (Aremu), Emotan, among others, while a Play on Emir Sanusi I and 11 would be staged in Lagos and Abuja in August, to be followed by one on Ladi Kwali.

Shedding more light on the Emir Sanusi Play titled: “Emir Sanusi – Truth in Clay”, he said it focuses on the “unseen hands” in the tide of humans.

“It is a scary story about fate. When he was being installed, Emir Sanusi Lamido Sanusi 11 declared that his wish was to die on the throne. That suggests an element of destiny – that he may not see it to the end.

“The two traditional rulers were both misunderstood and their dethronements created a lot of misunderstanding inside and outside Kano. Naturally, a lot happened that people don’t know.

“The dethronements and the circumstances around them had far-reaching consequences in and around that powerful Fulani family with a huge effect on the relationship between the family and the Fulani race on one hand, and between the Fulani and other groups in northern Nigeria.

“The Play is really interesting and everyone is anxious to watch it on stage. Everyone is curious.

He explained that the Play would depict the lives, drama and intrigues surrounding the dethronement, leaning heavily on the eye witness account of the Dogarai (place guards), who served both Emirs.

“The Play will excitedly work very assiduously through the very colorful traditions and culture of the Fulani and other people of Northern Nigeria, in its bid to foster an equivocal retelling of a very compelling story.

“Through some of the most enigmatic storytelling, the Play will explosively carry audiences through a voyage of rediscovery, taking them through the sacrifices made by both subjects as they waltzed through a market of misunderstanding leading up to what seemed like a predestined and epocal climax,” he said.

He said that the National Troupe of Nigeria had already endorsed the production and would be partnering in its execution.

According to Edgar, Emir Sanusi 11 has confirmed his readiness to attend the play performances that would be directed by Prof. Ahmed Yerima, generally regarded as an institutional pillar of Nigerian theatre.

He said that the Play had more than 26 sponsors including First Bank, UBA, Sterling Bank and Purple, a major estate conglomerate.

NAN quotes Mrs Mofoluwake Edgar, Managing Director of the firm, as stating recently in Lagos that the outfit had emerged the biggest purveyors of historically-backed stage productions in Nigeria.

“With over 12 productions, including Ufok Ibaan, Isale Eko and Emotan, to mention a few, our firm continues to push its vision of retelling our national historical stories to a new generation in a firm bid to foster national reawakening using the arts as a strong vehicle of delivery.

“As part of the vision, the firm has pulled in respected directors like Makinde Adeniran, William Benson and Segun Adefila as it pursues its vision of excellence,” she added.

She was further quoted as saying that more than 100,000 Nigerians had physically seen the productions that had thrown up one of the largest collections of theatrical images on the continent.