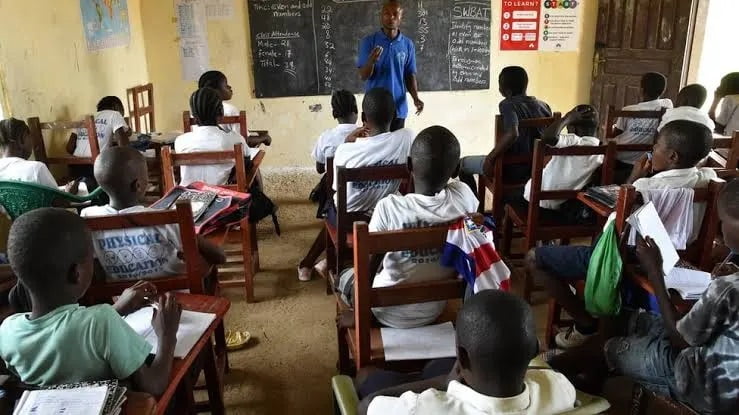 In its latest global data on out-of-school children, UNESCO has put Nigeria’s children figure at an estimated 20 million.

UNESCO said in the report that the new and improved methodology it used showed that 244 million children and youth aged between 6 and 18 are out of school globally.

India, Nigeria and Pakistan have the highest figures for out of school children worldwide.

UNESCO’s Assistant Director-General for Education, Stefania Giannini, said about the report: “Global out of school numbers are lower than we thought, but far too many children are still missing out.

“Countries have committed to benchmarks to slash out of school numbers by over half by 2030.

“We must identify solutions during the Transforming Education Summit called by the United Nations Secretary-General this September so that countries can deliver on these pledges.

While there is an overall improvement in school enrollment, according to the report, it is curious why Nigeria is on a reverse gear.

The UNESCO report admitted that, in many African countries, “no administrative data of good quality has been available for over a decade”.

Understandably, Nigeria’s Ministry of Education has faulted the report, stressing that it does not reflect the true state of affairs in the country.

Spokesman for the ministry, Mr Ben Goong, told journalists that the Federal Government has a more reliable template it uses to determine the number of children that are not in school.

“We use a reliable template with National Population Commission to calculate this in order to arrive at a reliable and acceptable figure.

“What we do is that we harvest the birth rate from NPopC which has figure of numbers of children born in Nigeria every year.

“We also do our routine school census which tells us how many are in school.

“When we minus the figure from the birth rate and the number of children that are in school using the outcome of our school census, then we arrive at a particular figure which can assume that are not in school.

“We have all these information and we conduct school census, then return to the NPopC and work on this template,” he said.

However, research experts picked holes in the methodology advanced by Goong, saying it is not empirical enough to determine Nigeria’s out-of-school children.

Mr Imoemiye Powei, a child education expert, said given the option to choose what methodology to trust, he would opt for UNESCO’s.

“I have read the report by UNESCO. UNESCO’s methodology is not perfect, but it presents a more empirical option.

“The government said they use data from the population commission. Mind you, how many Nigerians register the birth of their children, especially those in rural areas?

“Meanwhile, how dependable is data, any data, from the population commission which has not conducted census since 2006? We should see the report as a wake-up call, not an indictment,” he said,

Security challenges in some parts of the country, especially in the northeast and northwest, where thousands of schools were forced to shut down, has played a role the increase in the number of out of school children.

Also, previous reports suggest that the UNESCO report is closer than farther from the truth, as Nigeria’s figures have always been inconsistent.

In Oct. 2018, the Executive Secretary, Universal Basic Education Commission (UBEC), Hamid Bobboyi, was quoted as saying that the number had risen from 10.5 million to 13.2 million.

Boboyi was speaking at the Northern Nigerian Traditional Rulers Conference on Out of School Children pre-conference briefing in Abuja.

Similarly, in March 2021, former Minister of State for Education, Chukwuemeka Nwajiuba, said at the launching of the Better Education Service Delivery for All in Dutse, Jigawa, that Nigeria’s out of school children were over 10 million.

A year earlier in Jan. 2020, Minister of Education, Adamu Adamu, at the Annual Ministerial briefing, put the figure at just under seven million.

Experts say the focus of the government should not be on whether to accept or reject the latest UNESCO report. It should be on reassessing policies and programmes aimed at increasing school enrollment.

One of such programmes requiring a rejig is the National Home-Grown School Feeding Programme (NHGSFP),

which aims to improve the health and educational outcomes of public primary school pupils.

When President Muhammadu Buhari launched the programme in 2016, the idea was, among others, to address the growing number of out-of-school children and increase school enrollment.

However, the NHGSFP has been shrouded in many controversies. Many states have halted it to clarify funding and implementation issues with rising concerns over the quality of the food offered to the children.

In March 2022, the Federal Government responded to some of the challenges by upwardly reviewing the cost of feeding each child per meal from N70 to N100 and ensure that it is money well spent.

“e are planning to have ‘Egg Wednesday’, where each child in the programme will be given one egg every Wednesday…

“N10 stipends for cooks, N5 and N6 for micronutrient fortification, payable to cooks and one naira for quality assurance, payable to supervisors, which is optional,” she said.

Anu Bello, an education sociologist based in Abuja, identified key areas government needs to focus on to increase school enrollment.

“The most pressing reason why Nigeria’s out-of-school children figure is high is insecurity. Recall that schools were hurriedly closed in many states in the country last session due to security threats.

“If we are embarrassed by UNESCO report then we should fix security, so that more children will be able to go to school.

“Also, enrollment motivating programmes, such as the school feeding programme, should be re-purposed. As things are, the programme has been politically weaponised,” she said.

Irrespective of the actual figure the fact is that a large number of Nigerian children that should be in the school are roaming the street and this portends danger for the future of the country.

The Federal Government should accelerate efforts to address the challenge.