What Recession? Lagos State generated more revenue in 2016 than 2015- Ambode 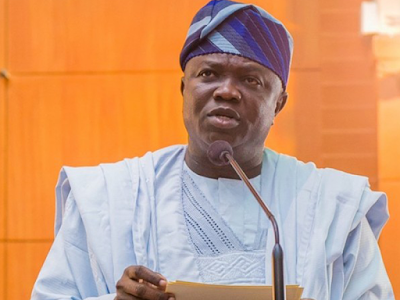 Speaking at a special evening of music and camaraderie held at the Lagos House, Ikeja, to usher in the Yuletide season yesterday, Governor Ambode said as at December 16th 2016, the State had raked in N287billion IGR for the year under review as against N268.2billion generated in 2015. He applauded taxpayers for living up to their responsibilities by paying their taxes promptly.

“The truth is that the people have been carrying out their civic obligations and somehow we have been returning those obligations with the services that we have provided and you found out that this year; we have actually made more IGR than last year under a recession. So, somehow, we need to appreciate all the people that have made this to happen and then I look at the way I could use Arts, Entertainment, Tourism and Hospitality not only to promote the excellence that Lagos has always been known for but to provide another sector of revenue for Lagos State and I felt one of the ways to go about that was to invite our old celebrities that we seem to have forgotten and spend an evening with them,” he said