She said one of the underwriter’s notable achievements was that the company currently had the highest women representation at the management level in the Nigerian insurance industry. 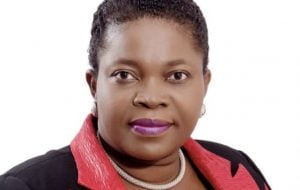 Great Nigeria Insurance (GNI) Plc on Friday said it was committed to gender equality through adequate representation of the female gender in its workplace.

The Managing Director/Chief Executive Officer (CEO) of the company, Mrs Cecilia Osipitan, said this in a statement in Lagos.

Osipitan stated that the company’s position on promoting gender balance and parity had attracted many female talents over the years; with many now occupying leadership roles within the organisation.

She said one of the underwriter’s notable achievements was that the company currently had the highest women representation at the management level in the Nigerian insurance industry.

“Organisations need to transcend gender inequality by offering the same opportunities to both genders.

“To achieve this task, GNI has ensured that everyone is given the same opportunity to improve on their capacity and achieve self-actualisation, ” she said.

According to her, there is a need to break away from the stereotype in relation to the capacity of women; wherein the male gender is usually perceived as the most competent for leadership roles.

The managing director stated that diversity and inclusion in the affairs of the society would in great measures support interventions that were truly progressive.

Osipitan noted that the need to accelerate female representation, diversity and inclusion in all fields of work could not be overemphasised.

Sobande said this had attracted the admiration of the public, expressed by the plethora of positive feedbacks gotten from both the company’s corporate and retail customers.

She noted that the brand had also benefited immensely from the initiative and would continue to do so.

She said for over 60 years, GNI had proven to be a reputable insurance company with  professional experience to underwrite both life and non-life insurance businesses.

“The company remains resolute in its commitment to being a progressive insurance company and ensuring its customers’ satisfaction,” said Sobande.

LCCI tasks residents on adoption of safer energy for cooking