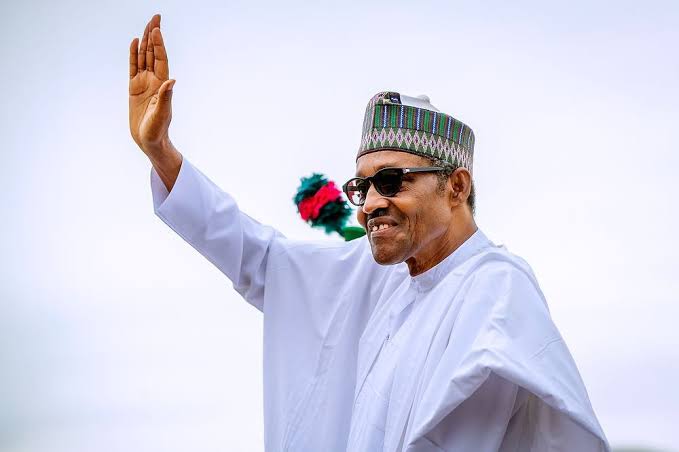 President Muhammadu Buhari says his administration will keep giving its best for the development of the country until May, 2023, reiterating that he will handover as stipulated by the Constitution.

The Centre was donated to the University of Maiduguri by business mogul, Alhaji Muhammadu Indimi, in Maiduguri, Borno, on Thursday.

The president said: “ I know I swore by the Constitution, and I will leave in 17 months. I pray that the person that will take over from us will also follow the targets of securing the country and building the economy.

“Without securing the country, you cannot grow the economy.”

He added that Nigerians should appraise the performance of the administration based on what the situation was on security, economy and corruption before he came in, and where it is now.

“We have a great country,” he said, “and we thank God for giving us so much resources. But we need to develop our resources.”

The president noted that development would be more sustainable by empowering the people.

On security in the North West, he said it was sad that the people who lived together, sharing same culture and outlook for a long time would start stealing, kidnapping and killing one another.

According to him, the military will come down hard on the North West to stabilise the situation, having procured more hardwares.

“I am highly impressed with what I have seen at this state of the art Centre for Distance Learning and Auditorium sited here, the University of Maiduguri. I am told that this international conference hall has 1,300 seats.

”The high quality standard of this edifice is a major contribution by Alhaji Muhammadu Indimi. This intervention will benefit not only students from Borno and the North East but also students from all parts of Nigeria.

“For the Oriental Energy Resources Hangar which I commissioned, it will welcome and offer support services to aircraft and pilots involved with Humanitarian Air Services,” the president noted.

Buhari also commended  Governor of Borno Prof. Babagana Zulum,  for the work he had done in two years, noting that he was in the state earlier in June to commission developmental projects.

In his remarks, Zulum appreciated the president for honoring the state, adding that Indimi’s contributions to the development of the state showed he loved his people.

“Words cannot convey our gratitude for the statesmanship, “ he said.

The governor said the state had recognised the contributions of Alhaji Indimi by renaming the Damboa Road after him, now Alhajji Muhammadu Indimi Road.

In his remarks, Indimi said he was motivated to build the Distance Learning Centre and the International Conference Centre to encourage education in the state.

“I believe the centre will help in delivering training and skills as well as encourage those who will be taking lessons from remote places,” he said.

Be attentive to the pain of others, Pope admonishes people in Christmas message