We have no plan to leave Nigeria, says Allianz Insurance

Adewumi-Zer said that the insurer intended to remain a trusted partner of Nigerians for life by adding value to its customers as it had done in other countries. 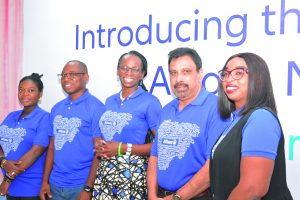 Allianz Nigeria Insurance Ltd. on Monday said it had no plan to leave Nigeria as speculated, having invested over 18 billion dollars (N7.47 trillion) into its market.

The Chief Executive Officer of the company, Mrs Adeolu Adewumi-Zer, said this in an interview with the News Agency of Nigeria (NAN) on the sideline of the launch of the insurer’s funeral insurance product in Lagos.

Adewumi-Zer said that the insurer intended to remain a trusted partner of Nigerians for life by adding value to its customers as it had done in other countries.

She said the underwriting firm had penetrated the Nigerian corporate space and focusing on its retail market and the Small and Medium Enterprises (SMEs) to provide support.

Adewumi-Zer explained that Allianz Nigeria, a subsidiary of Allianz Group, one of the world’s largest investors, managing around 809 billion euros on behalf of its insurance customers, had the capital to remain in the market for over 100 years.

Lawal explained that the decrease last year could be attributed to several economic factors such as inflation while the increase in the current year could be hinged on more awareness on the necessity of insurance, as a result of the global crisis.

He said that the company was expecting over 50 per cent growth in 2023.

Incorporated in 1993 as Union Assurance Company Plc, the company was relaunched as Ensure Insurance Plc in 2016, acquired in 2018 by Allianz and rebranded as Allianz Nigeria Insurance Ltd.

The Allianz Group is one of the world’s leading insurers and asset managers with 126 million private and corporate customers in more than 70 countries.