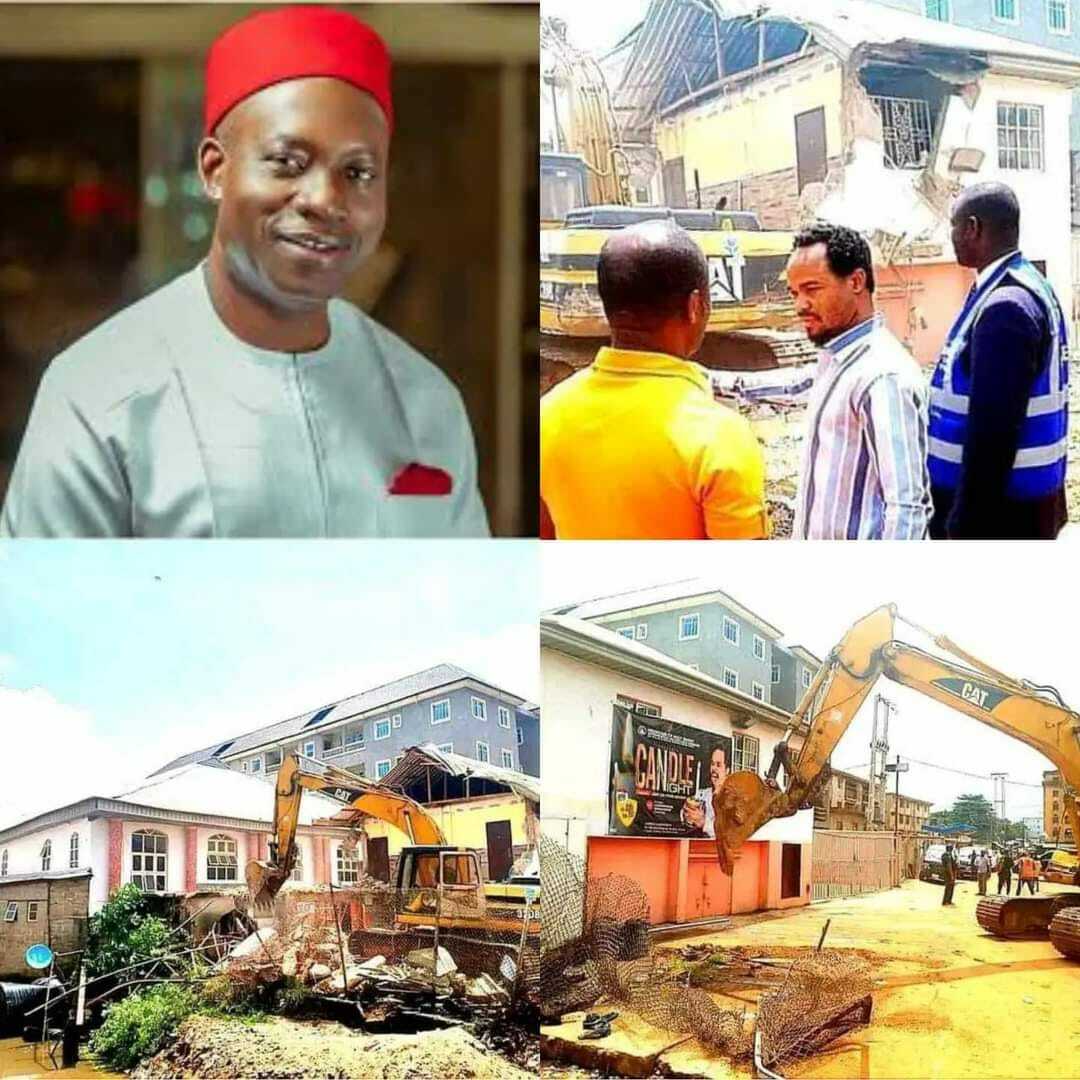 The Anambra State Government says it commenced the demolition of illegally constructed buildings earlier marked for demolition in Onitsha on Thursday.

Mr Christian Aburime, Press Secretary to Gov. Chukwuma Soludo of Anambra disclosed this in a statement made available to journalists in Awka.

The press secretary said that several illegal structures along the waterways in Fegge and the environs of Onitsha would be pulled down.

“The exercise which began from Bida Road by Modebe Avenue, Fegge, Onitsha, is expected to be extended to other parts of the town,”.

He said that the team handling the demolition began the work at Fegge area of Onitsha following the expiration of the more than two months notice served to developers and building owners in April this year.

The News Agency of Nigeria (NAN) reports that some of the buildings affected were the security and generator houses of Prophet Chukwuemeka Ohanaemere of Mountain of Holy Ghost Intervention Deliverance Ministries, Onitsha aka Odumeje.

According to an eyewitness who pleaded anonymity, the task force supervising the work manhandled the Prophet who tried to prevent the workers from demolishing his structures.

“When the team arrived in the company of armed security operatives, we saw them struggling with the Prophet while the operator of the bulldozer was busy demolishing the structures,”  the source said.

The source further said that the structures erected along Nwangene stream were being removed in line with the actualisation of the Onitsha Urban Renewal Plan.

VIDEO OF Odumeje being manhandled