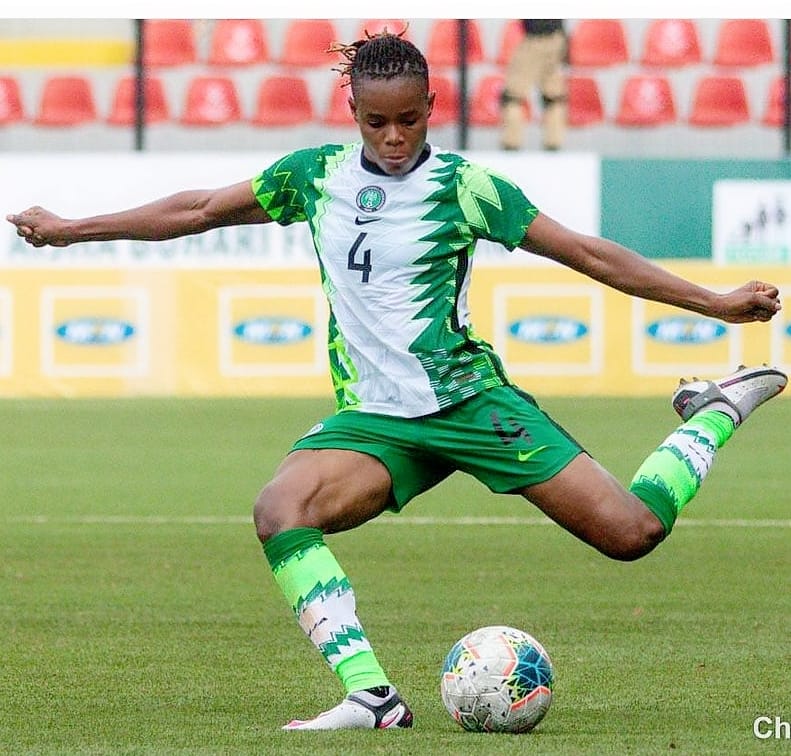 Glory Ogbonna, Super Falcons defender, said the team had worked hard to win their 10th Women Africa Cup of Nations (WAFCON) in Morocco, to remain the dominant team on the continent.

Ogbonna who spoke with the News Agency of Nigeria (NAN) on Friday from the team’s base in Casablanca, Morocco however, said they also targeted at winning the world Cup in Australia with their qualification on Thursday.

She described their 1 – 0 victory against Cameroonians as a difficult game and stressed that they were prepared to face the host team in the Semi finals.

She said that it was difficult because the Cameroonians also played to qualify for the World Cup.

“Like I have previously said, there is no longer small team in Africa and moreover that the Cameroonians are also one of the biggest teams in Africa.

“We won that game with determination to qualify for the World Cup and also enhance our chances of retaining the Africa Women trophy that we last won.

“We want to win the trophy for a record 10th time to remain dominant force in Africa Women football.

“Beyond Africa, we are also looking at winning the Women World Cup,” she stated.

Ogbonna maintained that while the Falcons respected the host country, they were, however, not loosing any sleep over the semi final match with them.

“We are very focused in our next match which incidentally is against the host team,” Ogbonna said.

The defender described the support from Nigerians and their fans as the biggest motivation to the team.