The project is a good start for setting new standards for a circular economy, Andreas Laukenmann, head of the private customer division at Vodafone Germany said. 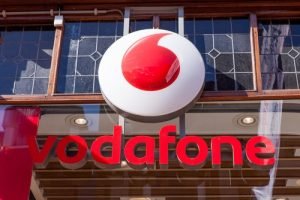 Vodafone Germany on Tuesday said it would recycle more than one million old mobile phones from Africa.

The Dutch firm’s Closing the Loop would help in the endeavour to gather old phones primarily from Nigeria, Ghana and Cameroon and transport them to Europe for recycling there.

The project is a good start for setting new standards for a circular economy, Andreas Laukenmann, head of the private customer division at Vodafone Germany said.

“Recycling isn’t enough. The life span must also be made longer,” he said.

Vodafone said it would not only collect electronic waste originating from Europe, but also phones used by people in Africa.

The campaign would be financed by the raw materials obtained in the process.

The project would share profits with partners on the ground including churches, community centres or repair shops.

The countries in question have no capacity for safe recycling so the waste would be transported by ship to Europe, said Joost de Kluijver, founder of Closing the Loop.

He said Vodafone would also support Closing the Loop to build recycling infrastructure in developing countries, which would eliminate the need to ship e-waste and create many more jobs in those countries.

E-waste is the fastest-growing type of household waste worldwide, according to the United Nations Global E-waste Monitor 2020.

In Germany alone, an estimated 200 million unused phones are in drawers, according to the digital industry group Bitkom.