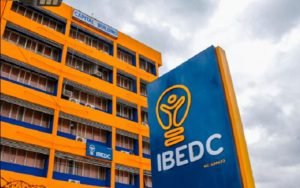 The Ibadan Electricity Distribution Company (IBEDC) Plc says it loses over N50 million every month to vandalism through stolen cables, damaged transformers and other network infrastructure.

This is contained in a statement signed by its Chief Operating Officer (COO), Mr John Ayodele, made available to newsmen on Monday in Ibadan.

He said that activities of vandals were crippling power distribution to the company’s esteemed customers.

The News Agency of Nigeria (NAN) reports that the IBEDC has, in recent times, reported cases of stolen cables, damaged transformers, and other network infrastructure.

Ayodele decried the spate of vandalism within its network, saying the activities had adversely affected power distribution to their esteemed customers.

“The stolen cables feed Agodi Injection Substation, where Government House, the State Secretariat, Agodi and majority of Bodija area and thousands of other urban customers are serviced.

“This means the economic power and livelihood of these people have been grossly disrupted, as we are incapacitated by the stolen cables to meet the supply demand,” he said.

Ayodele said that such was one of the various instances of the nefarious activities of vandals within their franchise.

He appealed to IBEDC customers to jealously guard electrical installations within their environments to avoid being plunged into unexpected darkness.

The spokesman said the company could not afford to replace vandalised installations now.

“We implore all residents and customers to report any act suspected to be vandalism to the nearest Police Station, Civil Defence and the Department of State Service,” he said.

Ayodele said that IBEDC does not operate late nights, and activities that occur after 8.00 p.m should be suspected and reported accordingly.