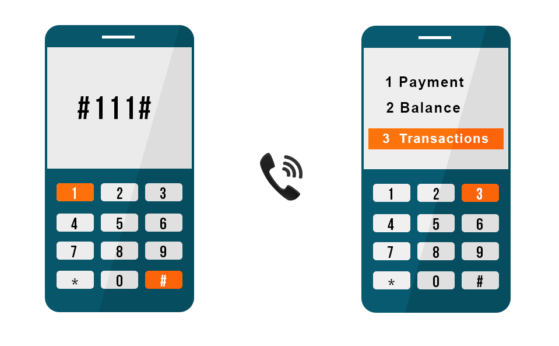 In its bid to end the row between banks and telecom operators, the Central Bank of Nigeria and the Nigerian Communications Commission have agreed on a new charge for mobile banking services in the country.

In a joint press release on Tuesday, it was decided that with effect from Wednesday, March 16, phone users using their devices for mobile banking will be charged a flat rate of N6.98 per transaction.

While it is generally feared to erode the gains already recorded in expanding financial inclusion in the country, some telecom stakeholders actually believe that the new rate is cheaper than what many banks were unilaterally charging their customers before this new rate regime and would thus still help penetration of financial inclusion.

Unknown to many customers, before the new CBN/NCC guideline, banks were charging customers N4,25 for every 20 seconds and were keeping all the proceeds of those charges while owing the telecom operators on whose platforms the USSD apps were operating billions of Naira.  The new  N6.98 is a flat fee for each transaction regardless of how long the customer is on the platform.

The decision comes days after telecoms companies threatened to suspend access to the so-called USSD facility, which allows phone users to check their bank accounts, transfer and receive money, and pay their bills.

The shortcode service has been popular in a country with a relatively low penetration of financial services. Many non-governmental organisations have sought to encourage financial inclusion by encouraging mostly the nation’s poorest population to make use of the Unstructured Supplementary Service Data (USSD).

After a festering controversy over the payment for the service, the Association of Licensed Telecommunication Operators of Nigeria (ALTON) last Friday said it would disconnect the banks from the service by March 15. The group said its members were owed N42 billion by banks.. Today’s meeting however seems to have settled all the issues as banks will now prepare to make the agreed payments available based on agreed payment plans.

This resulted in the accumulation of outstanding fees for USSD services rendered leading to potential service withdrawal by the MNOs.

USSD is a critical channel for delivering financial services, particularly for the underserved and/or financially excluded. To resolve the lingering dispute and ensure uninterrupted services to customers on this channel, the Honorable Minister for Communications and Digital Economy on March 15, 2021 chaired a meeting of key stakeholders to discuss an amicable resolution in the interest of the general public.

We are pleased to announce that after comprehensive deliberations on the key issues, a resolution framework acceptable to all parties was agreed thus:

The general public is reminded that the USSD channel is optional, as several alternative channels such as mobile apps, internet banking and ATMs may be used for financial transactions.

The CBN and NCC shall continue to engage relevant operators and all stakeholders to promote cheaper, seamless access to mobile and financial services for all Nigerians.