According to Betiang, theatre helps humans to interact with their neighbours and make meaning with humanity. 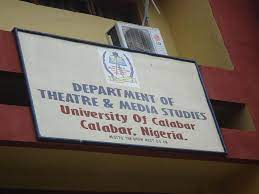 The Department of Theatre and Media Studies, University of Calabar, has Sunday marked the 2022 World Theatre Day with inmates of the Nigerian Correctional Service in Calabar.

The department donated toiletries to the inmates to boost their hygiene in the center.

The News Agency of Nigeria (NAN) reports that the World Theatre Day is celebrated on every March 27 and the theme of this year’s event is, “Theatre and a culture of peace”.

In a speech, the Head of Department, Dr Liwhu Betiang, said that theatre is unique because it uses human communication.

According to Betiang, theatre helps humans to interact with their neighbours and make meaning with humanity.

“Theatre entertains us, moulds us, shapes us and gives us the beauty of life.

“We are very happy for coming here to identify with you the inmates because you have been part of the theatre system,” he said.

He encouraged them to remain positive about life, adding that they could still contribute their quota toward the development and growth of theatre and other human endeavours, when they regained their freedom.

NAN reports that the inmates staged a performance, demonstrating the dangers associated with bad peer groups.

At the end of the brief performance, one of the actors, Godsgift Ayiere, said they looked forward to having an opportunity to perform at the university theatre hall.

Ayiere said the drama therapy that had been performed by inmates over the years, in collaboration with UNICAL, would help them to become better artists when they are released.

Another inmate, Jennifer Okorie, said the drama episodes they had learnt from the department would go a long way to shape their lives after their release from the center.

NAN reports that another highpoint of the event was the cutting of the commemoration cake by officials of the department and inmates.

Author urges FG to reinforce knowledge in schools through music