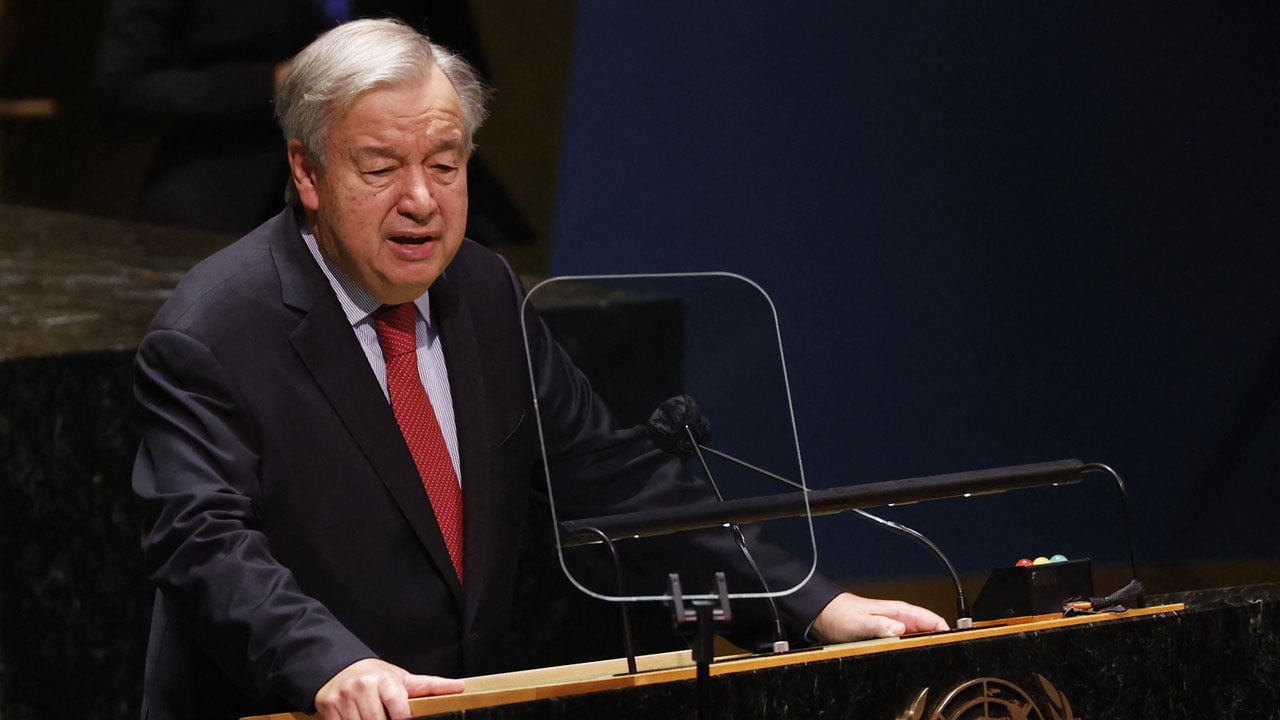 UN Secretary-General António Guterres has called on world leaders to bring hope to a fractured world and increase efforts to fight the climate crisis.

Guterres made the appeal at a news conference on Wednesday as hundreds of Heads of State and Government prepare to fly into New York for the General Debate of the new General Assembly, starting from Sept.  20 to Sept. 27.

The UN chief promised to address the many challenging issues facing the planet, in his speech next week to the General Assembly, which would also contain concrete recommendations for lasting solutions, and a call to action.

He recalled the devastation he witnessed on his recent trip to flood-hit Pakistan, which he described as a window into a future of permanent and ubiquitous climate chaos on an unimaginable scale.

Guterres, who is from Portugal, noted that the flooding covers an area three times the size of his homeland.

He expressed dismay over the global response to the climate crisis as inadequate, unjust and, at its heart, a betrayal.

“Whether it’s Pakistan, the Horn of Africa, the Sahel, small islands or Least Developed Countries, the world’s most vulnerable – who did nothing to cause this crisis – are paying a horrific price for decades of intransigence by big emitters”.

Targeting the leaders of the world’s wealthiest nations, the UN chief reminded them that they were responsible for the vast majority of climate-related emissions and, even though they are also heavily impacted.

He wondered aloud if the reaction would be different if one third of G20 countries, rather than Pakistan, were currently underwater.

All countries need to cut emissions every year – with the G20, as the leading emitters, leading the way until the global temperature rise is limited to 1.5 degrees above pre-industrial levels.

Citing Pakistan, Guterres insisted that the country, and other climate hotspots, need flood-resilient infrastructure now, arguing that at least half of all climate finance, must go to adaptation and climate resilience.

That funding, he said, must come from the leading economies.

The UN has hailed the success of the Black Sea Grain Initiative, which has enabled food and fertiliser supplies to finally leave war-torn Ukrainian ports, and played a part in reducing global food prices, as they reached record highs following Russia’s invasion.

However, there is still a real risk of multiple famines this year, Guterres warned.

The secretary-general pointed out that, at a time of high geopolitical tensions, a lack of action to halt the climate crisis would have severe knock-on effects, such as mass migration and increased instability.

“This year’s General Debate must be about providing hope; that hope can only come through the dialogue and debate that are the beating heart of the United Nations,” he said.