UK to grant visas to graduates from world’s best universities

Under the scheme, graduates with a bachelor’s or master’s degree from the top 50 universities abroad can apply for a two-year work visa and will be allowed to bring family members with them. 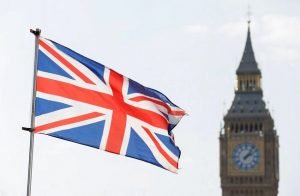 Britain on Monday said it would offer work visas to graduates from the world’s best universities in an expansion of its post-Brexit immigration system that is designed to attract the “best and brightest” workers.

Since leaving the European Union, Britain has ended the priority given to EU citizens and introduced a points-based immigration system that ranks applicants on everything from their qualifications and language skills to the type of job offered to them.

However, the country has faced a tight labour market for several years compounded by Brexit and COVID-19 and companies in manufacturing, logistics and the food sector have urged the government to loosen the rules for entry-level jobs.

Under the scheme, graduates with a bachelor’s or master’s degree from the top 50 universities abroad can apply for a two-year work visa and will be allowed to bring family members with them.

Those who receive doctorates can apply for a three-year visa.

Successful applicants will then be able to switch to longer-term employment visas, the government said.

Rishi Sunak, the finance minister, said it would enable Britain to grow as an international hub for innovation, creativity, and entrepreneurship.

“We want the businesses of tomorrow to be built here today which is why I call on students to take advantage of this incredible opportunity to forge their careers here,” Sunak said.

Under the new scheme, applicants must have been awarded degrees no more than five years before the date of application.

The most recent list of eligible universities from 2021, published online by the UK government, comprises more than two dozen U.S. universities, as well as institutions in Canada, Japan, Germany, China, Singapore, France and Sweden.

The government said candidates must pass a security and criminality check, and be able to speak, read, listen and write English to an intermediate level.