The worldwide rise in energy prices made it necessary for the company to change the domestic prices of natural gas, the state energy importer noted. 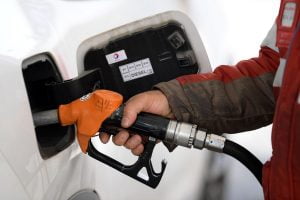 Turkey on Wednesday increased the prices of natural gas and electricity, citing a “surge in energy prices in global markets’’.

In a statement, Turkey’s state-run BOTAS Petroleum Pipeline Company said natural gas prices were hiked by 30 per cent for houses, 16.3 per cent for electricity production, and 10.2 per cent for industry.

The worldwide rise in energy prices made it necessary for the company to change the domestic prices of natural gas, the state energy importer noted.

“The public is well aware that the effects of the perfect storm in global and European energy markets have left consumers exposed to exorbitant energy prices,’’ it said.

Meanwhile, the Energy Market Regulatory Authority hiked electricity prices by 15 per cent for households and 25 per cent for industry, the official gazette announced.

However, more than 70 per cent of Turkey’s energy needs were reliant on imports, making the country vulnerable to fluctuating energy prices.

The sharp depreciation of the Turkish lira in 2021 also contributed to higher energy costs for consumers.

Meanwhile, households and businesses in Turkey have been plagued by rising energy bills amid decreasing purchasing power as the annual inflation rate surged to a two-decade high of 69.9 per cent in April.