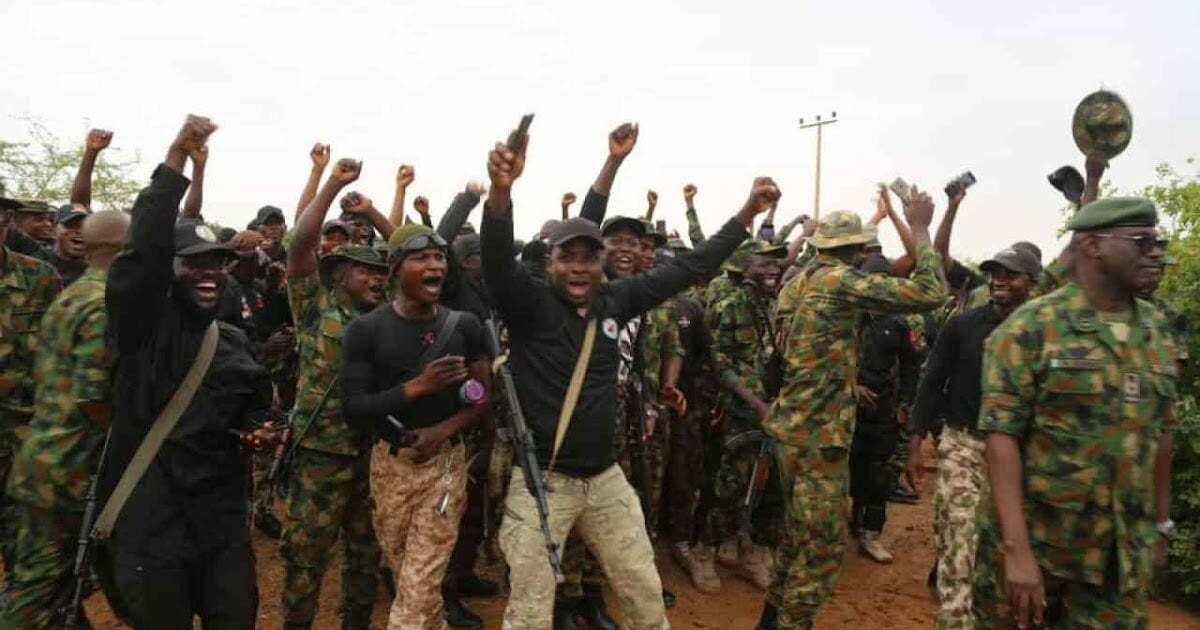 The Director, Defence Media Operations, Maj.-Gen. Musa Danmadami, made this know at a bi-weekly news conference on the military operations across the country on Thursday in Abuja.

Danmadami said it was revealed that the suspect ran errands for a suspected high profiled BHT commander in Kaduna.

He said that the commander had been on the tracking list of security agencies, adding that the arrested suspect was in custody for further action.

He said the Headquarters, Operation Safe Haven in collaboration with Beautiful Gate Handicaps People Centre Jos, distributed 220 tricycles and bags of rice to persons living with disability within Plateau and Bauchi States.

Danmadami said the gesture was part of the operation’s civil military activities aimed at promoting peace and bringing succor to the physically challenged.

He added that the gesture was also targeted at upgrading their living conditions, support vulnerable members of the society and increase their participation in peace building.

He said the operations led to the arrest and neutralising of scores of terrorists and other criminal elements in land and air operations in Kaduna, Katsina and Zamfara States.

He said the troop had on Sept. 3, neutralised three terrorists while others fled with gun wounds during an encounter at Kurar Mota in Gusau Local Government Area of Zamfara.

According to him, one of the neutralised terrorists was identified as Dan Nijar Bala, notorious terrorists who has been on the wanted list of troops and noted for series of kidnapping incidents and attacks in the general area.

Danmadami said that the air component had on Aug. 30, eliminated several terrorists in airstrikes at Alhaji Isiaka village, Kuduru in Igabi Local Government Area and Udawa along Kaduna-Birnin Gwari road in kaduna State.

He said the troops also apprehended a suspected BHT arms dealer, named Hamza Dogo in Zamfara and recovered two AK47 rifles, eight magazines, 200 rounds of 7.62mm and one Pontiac vehicle from the suspect.

“Consequently, within the week under review, troops neutralised 17 terrorists, arrested 38 others and rescued 61 kidnapped civilians,“he said.

“All recovered items, apprehended suspects and rescued civilians have been handed over to the relevant authority for further action,” he added.