He urged members to be trained as training would make them upright, knowledgeable and confident. 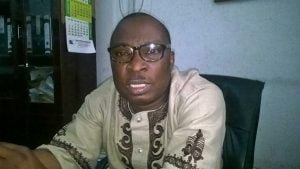 The newly elected Governing Council of the Council For the Regulation of Freight Forwarding in Nigeria (CRFFN) says training of its members and engagements with government agencies will be the main focus of the council.

Dr Kayode Farinto, the National Vice President of the Association of Nigerian Licensed Customs Agents (ANLCA) and newly elected Governing Council member of CRFFN, made this known to newsman in Lagos on Monday.

The News Agency of Nigeria reports that Farinto is among the 15 newly elected members of the CRFFN governing council.

Farinto noted that in 2020/21, as the Chairman on Education in the council, an ultimatum was given to freight forwarders to get trained as a prerequisite for practice.

Hence, the need for the newly inaigurated council to ensure compliance.

He urged members to be trained as training would make them upright, knowledgeable and confident.

“There is need to impact knowledge on the younger freight forwarders as they think that clearing of vehicles is the ultimate, not knowing about other aspects.

“I just did a course on dangerous goods and found out that the way we clear dangerous goods here is not the way it is done in other climes. Nigeria is a signatory to that convention, and so we need to practise in line with international best practices.

“They should get themselves trained as experts on dangerous goods as the country has less than 200 people who are trained experts and they will be able to compete better in the field,” he said.

For instance, he explained that 99 per cent of chemicals are classified as dangerous goods including teargas, explosives and paints.

He said that these could further be listed according to types as explosives, gaseous, flammable liquid, flammable solids and corrosives.

“These are some of the things that this council must make pronouncements on and give more enlightenment programme.

“There is need to sensitise the freight forwarders to understand that what they are doing is not in line with international best practices,” he said.

He added that the council had the responsibilities of engaging various government agencies and the first agency to engage was the Nigeria Customs Service (NCS).

He pointed out that the NCS does not have the criteria of the World Bank when it comes to logistics performance index, which is a predictability in customs operations documentation.

He said that as regards ethics in the profession, they could not talk about ethics when there was no enabling environment, freight forwarders  are not protected and no standardisation.

“This is a two way thing, you cannot preach ethics to me when you have not done the needful.

“In other climes, freight forwarders are treated as persons who add value but here we are treated shabbily, like touts, armed robbers.

“Meanwhile, after oil, this is the industry that provides money for government; so, government needs a Special Assistant on Maritime Affairs to the Presidency.

“The person will be a bridge between the Presidency and the grassroot. Whenever there are issues like that of VIN valuation, it will be rectified easily,” he said.

Farinto assured that the new council would take a holistic approach in the industry to ensure the standardisation and sanity of its members.