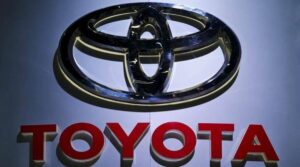 Japanese carmaker Toyota has planned to invest 1.8 billion dollars in Indonesia in the next five years to make the country a regional manufacturing hub for its electric vehicles.

An Indonesian government official said this on Wednesday.

“I believe that the demand for electric vehicles in Indonesia and in the ASEAN Association of South-east Asian Nations region in the future will continue to increase,’’ Airlangga said in a statement.

“Indonesia can be used as a manufacturing base for electric vehicles to be marketed in the ASEAN region,’’ Airlangga said.

Indonesian President Joko Widodo is on a tour of three East Asian countries, which includes a stop in Japan on Wednesday.

Toyota also planned to introduce several types of hybrid electric vehicles in the next four years, the statement said.

“We hope that with this increase in investment in Indonesia, the Indonesian government will understand our seriousness in making electric vehicles,’’ Hayakawa was quoted as saying.

Indonesia, the world’s largest producer of nickel, a key component of batteries used in electric vehicles, wants to be a regional manufacturing hub for battery-powered cars.

This year, South Korean carmaker Hyundai launched the Ioniq 5, the first electric vehicle produced at its new plant near Jakarta.