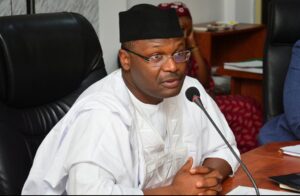 Rafsanjani commended INEC for complying with the provisions of the Electoral Act, especially as regards improvement in exclusivity for persons with disabilities.

He also commended INEC for efficient election logistics arrangement which saw to the early deployment of officials and materials to polling units.

TMG Nigeria also praised the media and other stakeholders for their efforts in ensuring peaceful, inclusive and participatory election.

“The off-season elections generated high expectations among citizens, not just in Ekiti and Osun, but all over the country.

“This was because it was expected to reflect citizens’ expectations toward the 2023 general elections, especially with regard to reforms instituted by the new Electoral Act, 2022 as amended.

“TMG observed the electioneering process and expressed satisfaction at the high level of voters’ mobilisation by the media and civil society groups,’’ Rafsanjani stated.

He added that TMG noted voters’ interests in the election debates which ensured critical interactions with citizens as part of entrenching issue-based campaigns.

TMG noted, however, that vote buying still prevailed and advised voters to stop selling their future so as to get good governance.

It submitted that vote buying would not provide good governance, transparent and accountable leadership.

The group urged security operatives to conduct themselves diligently to secure the trust of the electorate at subsequent elections.