He said, ”I came only to thank, first of all, the president for his visit to my residence in London when I was ……after the surgery, and wishing me well, lifting my spirit. 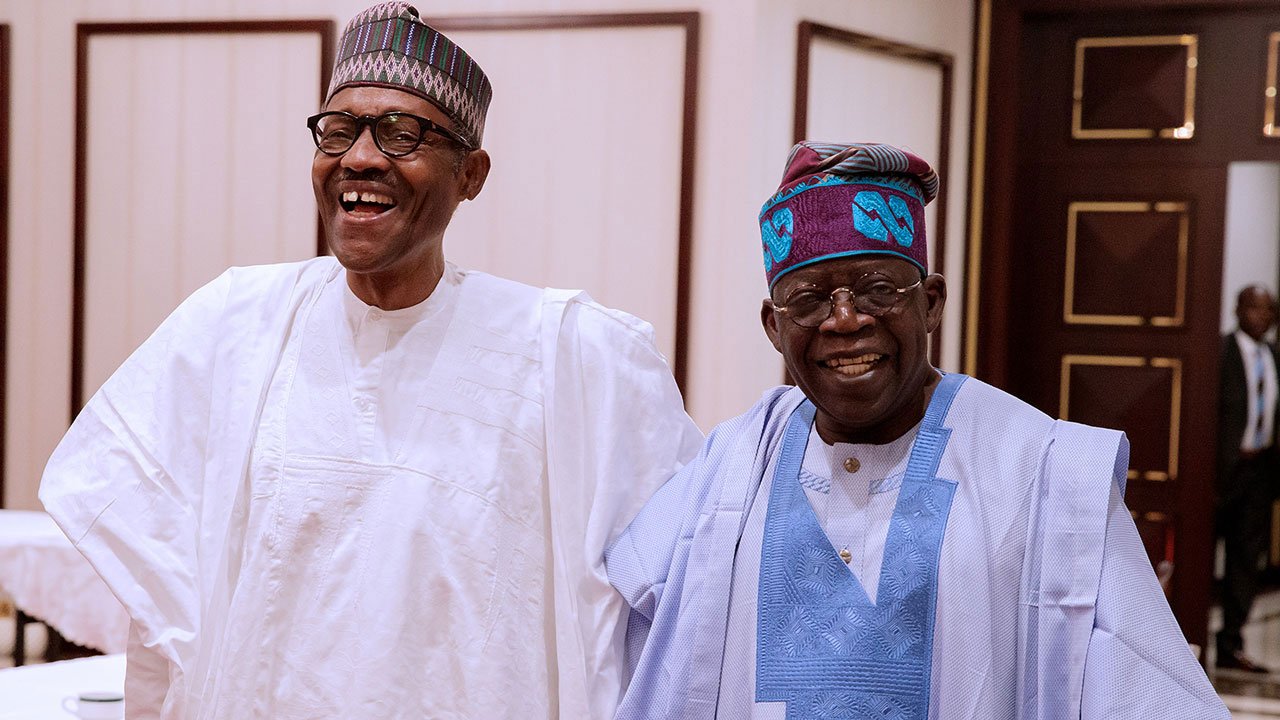 A chieftain of the All Progressives Congress and former Lagos governor Bola Tinubu said his visit to President Muhammadu Buhari on Sunday was devoid of political talks.

Speaking to journalists after the closed door meeting, Mr Tinubu dismissed the insinuation that he was in the presidential villa to discuss politics with the president.

He, however, stated that his Sunday’s mission to the seat of power was to thank President Buhari for visiting him when he was recovering from a surgery at his residence in London

He said, ”I came only to thank, first of all, the president for his visit to my residence in London when I was ……after the surgery, and wishing me well, lifting my spirit.

Indeed, what an exceptional leader will do.

”No politics, just a courtesy call, thanking him in a big way, that’s all.”

President Buhari had on August 13 visited the APC chieftain in London.

The president, who had stayed back in London after attending the Global Education Summit on Financing Global Partnership for Education (GPE 2021-2025), paid Mr Tinubu what had been described in some quarters as ”surprise and unexpected visit”.

Still on Sunday, the president also received a briefing from the Chief of Naval Staff, Rear Admiral Awwal Gambo, at the Presidential Villa.

”I’m here to seek the blessings of Mr President for him to honour the Nigerian Naval in commissioning the indigenously built Boat 3, which is one of the three we are building by the Nigerian Naval dockyard staff in Lagos comes December this year,” he said after the meeting.

” Yes, the response is positive because it makes us proud as a nation that we can build something from scratch to finish by our own shipyard.