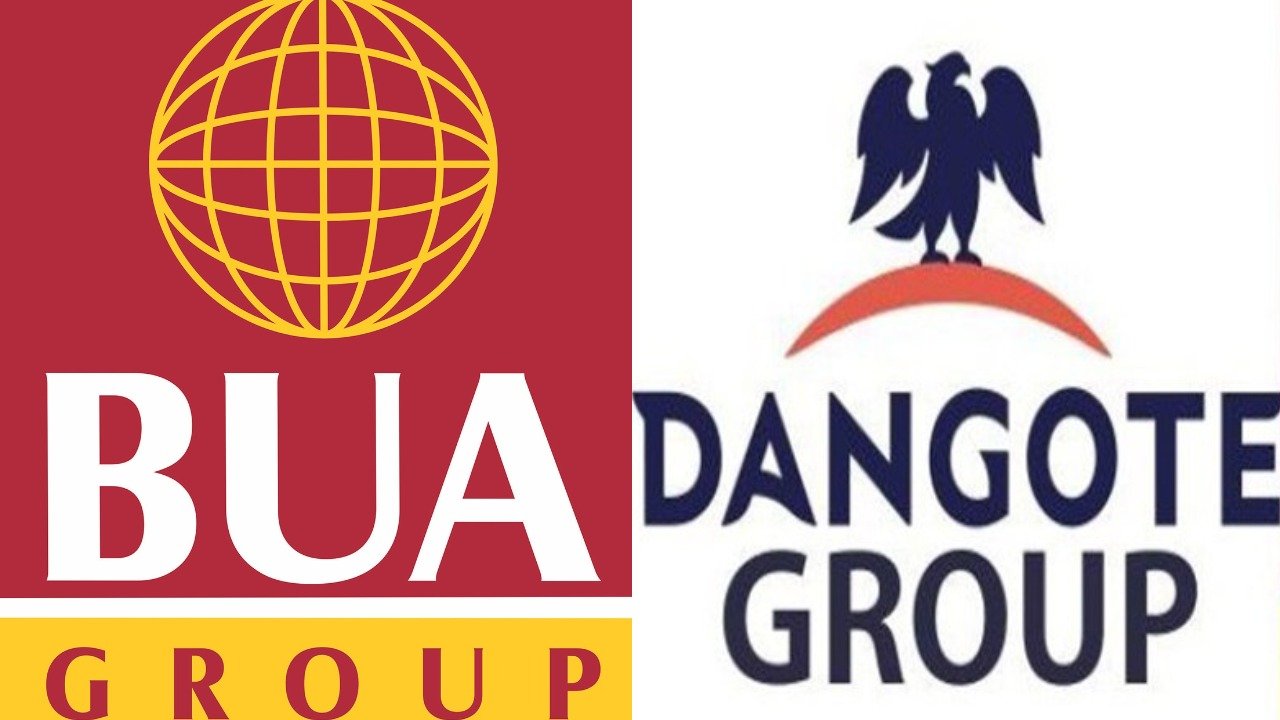 By Nnanke Harry Willie
Dangote Group and BUA Group are, once again, at each other’s ‘jugulars’. Even as their famed rivalry in the cement industry is yet to be settled, it seems they have taken their corporate tiff to a brand new turf, sugar.
At the heart of the current fight is the effort of Dangote Group, the leading player in the sugar business in Nigeria, to stop BUA from allegedly derailing the National Sugar Master Plan through its activities at its Port Harcourt sugar refinery. BUA however alleges that Dangote is spearheading the assault on its company because BUA is working hard to provide sugar to Nigerians at more affordable prices. BUA alleges further that Dangote has enlisted the support of Flour Mills Nigeria in its crusade against it because it wants to muscle BUA out of the sugar business so that Dangote will enjoy a monopoly as he strives to do in every area Dangote operates in.
Reports in the Vanguard indicate that in a joint letter to the Minister of Industry, Trade and Investment, signed personally by Aliko Dangote and John Coumantaros, Chairman of Flour Mills Nigeria, the duo alleged that the sugar refinery in Port Harcourt was built with the intention to undermine the National Sugar Master Plan ( NSMP), and asked the minister to investigate the quantity of raw sugar imported by BUA’s sugar refinery, with a view to imposing on the company 60 percent duty and 10 percent levy.
Calling for fair and disciplined implementation of the NSMP by the regulator, the Nigerian Sugar Development Council, NSDC, the duo stated in the letter: “Publicly available information suggests that BUA International, one of the players in the sugar industry, has commissioned a sugar plant in Port Harcourt, Rivers State. ‘’With the new refinery, the country’s refining capacity goes from 2.75 million metric tones to 3.4 million metric tones per annum, or from 170 percent over capacity over last year’s import quota to over 210 percent capacity.
READ ALSO: https://brandpowerng.com/fg-lauds-bua-group-on-spearheading-sugar-development-in-nigeria/
“This investment in the Port Harcourt refinery was clearly done with the intention to undermine the NSMP. We are particularly surprised by the brazenness as we believe that the choice of location and the publicity campaign behind the investment has been deliberately engineered to provoke public sentiment and put the Federal Republic of Nigeria against its people.” They also asked the ministry to ensure that no additional allocation of quota was given for raw, very high polarity sugar or refined sugar for the refinery in Port Harcourt for local market production.
But responding to a request for information from the trade ministry over the petition, Chairman of the BUA Group, Abdul Samad Rabiu, said his company’s project was governed under the Nigeria Export Processing Zones Authority, NEPZA Act, and the Free Zone approved by President Muhammadu Buhari. Rabiu, who noted that Dangote and Coumantaros were calling to question the authority of the President’s power and the diligence of the trade ministry, said: “Therefore, we see this as an affront to the powers of the president and an attempt to undermine Nigeria and its institutions as well as edge out competition, to gain a monopoly that holds the country to ransom.’’
Describing the duo as co-conspirators, Rabiu, in his response dated February 11, 2021, said it was a well-known fact “in Nigeria and anywhere in the world that wherever Dangote is operating in any sector or business, he seeks to muscle out competition through any means necessary” and “this scenario is playing out again in this case. “It is, however, strange that his current co-conspirator, John Coumantaros, a Greek/American national, was once a victim of Dangote’s. ‘’They are only just acting as friends in connivance because of their interest to push out the competition and create a monopoly for themselves.”
READ ALSO : https://brandpowerng.com/dangote-sugar-receives-global-food-certification/
According to Vanguard Business Magazine, “the realization of Nigeria’s National Sugar Master Plan (NSMP) which is a policy road map for sugar production was introduced in 2013 to achieve self-sufficiency in sugar production and save foreign exchange on the importation of sugar and ethanol. This policy’s custodian and the regulator is the Nigerian Sugar Development Council (NSDC).”
It is however clear from the developments in the sector that the goals and targets set in the National Sugar Master Plan will be missed by many miles as indeed is the case with many other targets in other sectors in Nigeria. At the heart of every plan is the backward integration programme which for some reason never really happens and when it finally does, as is the case with cement, it comes with a huge price burden on Nigerians.
It is disheartening to note that Nigeria’s sugar industry was first established in 1960 yet in 2021, the industry is only able to supply 2% of the country’s requirement with raw sugar still being imported for the local refineries.
Let us hope that by the time the fight between the big players is settled, Nigeria will recalibrate itself to stop our reliance on imported raw and refined sugar, encourage many more big and mid-size players in the sugar value chain, especially the small-holder sugar growers in other to stimulate organic growth and fill our markets with home-grown and home-made brands.
Sign in
Welcome! Log into your account
Forgot your password? Get help
Password recovery
Recover your password
A password will be e-mailed to you.