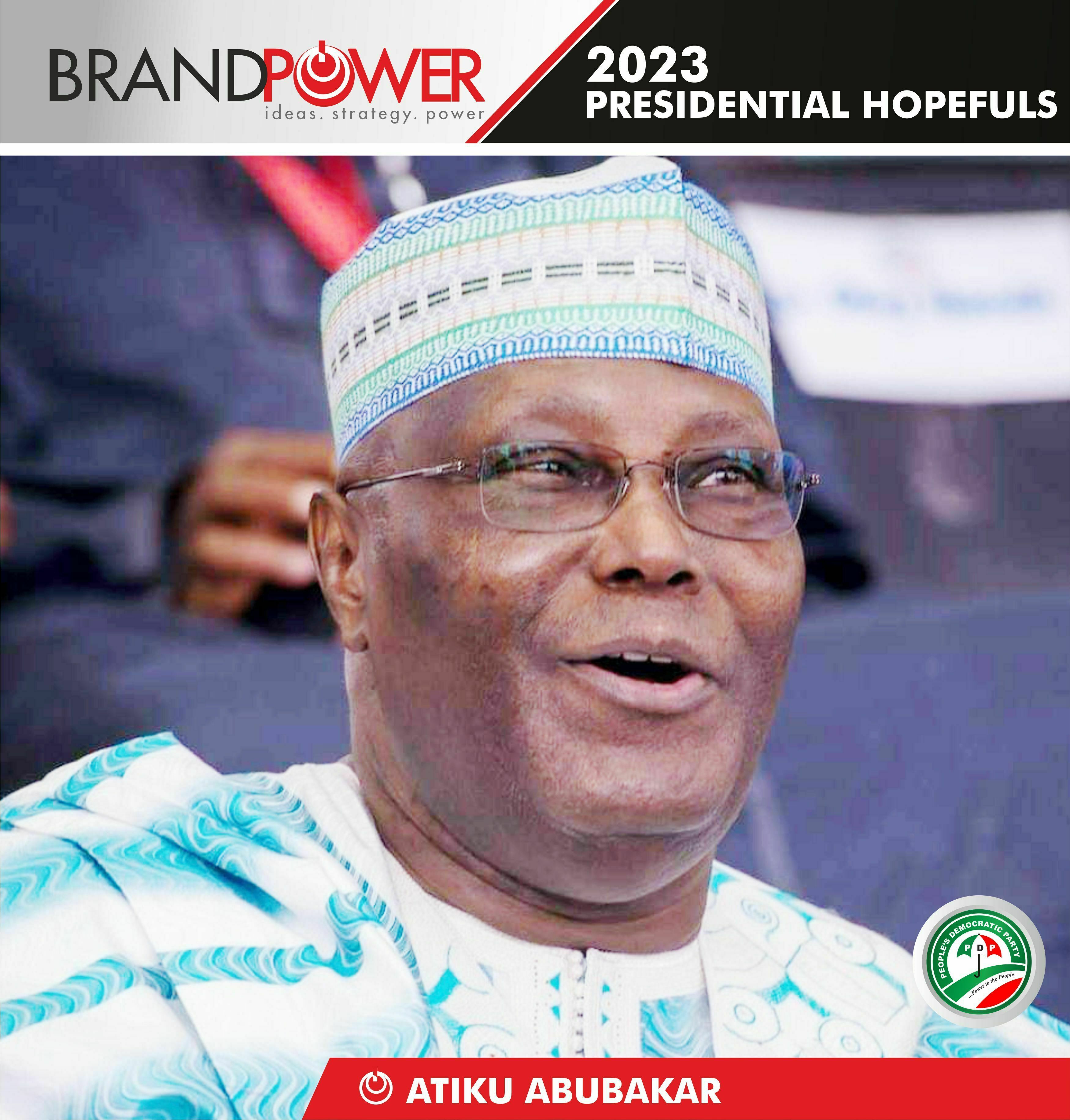 The Atiku Abubakar brand is a long-risen star that has been a crucial part of the constellation hovering above Nigeria’s firmament for 3 decades and counting. The Atiku brand has been well nurtured to the extent that he became the number two man in Nigeria. He was just a shout away from becoming president when he did the miscalculation of falling out with his then principal, President Olusegun Obasanjo who effectively scuttled his bid in 2007.

As we approach the 2023 elections, even his most fanatical supporters are wondering if this is the moment the Atiku brand finally rises to its peak and shines all over Nigeria or the beginning of a well-deserved retirement after a hard and long-fought battle for Nigeria’s presidency.

Better known by his first name of Atiku, unlike the normal convention, there is no gainsaying the fact that Atiku is a political brand of no mean repute. If the job of President were to be given to the most experienced politician in the race for the presidency, it would easily be given to Atiku. However, that is not how democracy works. Indeed, it would seem as if that is now his albatross as the surging Nigerian youth population now strongly desires a clean break from the past.

Many believe that Atiku has seen so much, gained so much (from the system) and done precious little for the nation. That is general baggage attributed to the old order, but Atiku’s case is made worse because he was a customs officer who rose to the number 2 position. It is no secret that the Customs is seen by many as the bastion of corruption. He was also Vice-President for 8 years.

Clearly, The worst mistake the Atiku brand can commit now is to rely on the same old strategies to try to win the presidency. The dynamics for winning electoral hearts has changed as it is with vote aggregation. Atiku won a lot of protest votes against President Buhari’s dismal first-term performance, in 2023, there would be millions of protest votes against the old order, well represented by the APC and PDP. As the PDP candidate, Atiku automatically has an uphill task especially as the beneficiary of the mass of those protest votes would be going to his erstwhile running-mate in 2019, Peter Obi of the Labour Party.

Atiku is however a very strong political brand that many believe actually won the 2019 elections.  He is urbane yet traditional, old yet young, suave yet set in his ways. He is much loved and yet much despised. Interestingly, former President Obasanjo has effused bouts of love, hate and love over and over again at different times for Atiku Abubakar. At different times Obasanjo has been his greatest traducer and yet his best promoter at other times. It would seem that the Atiku brand is like the proverbial elephant whose different physiological parts can elicit different attributions to the blind.

Unfortunately, The Atiku campaign is yet to articulate a clear message of intent to Nigerians. It is made worse that immediately after winning the PDP ticket, Atiku went off the political radar while a storm gathered over his choice of running-mate. Quelling that backlash seems to have pro-occupied Atiku and the party since the conclusion of the primaries.

Atiku’s campaign is not pushing his positive attributes enough and since negative news spreads faster and is more easily believed than good news, voters will remember more easily all the accusations of corruption, sleaze and self-conceit that has been spreading and reinforced since 2003. Worse-still, Atiku as a unifier will be a hard-sell if the vocal elements in PDP are not reined in early enough to begin to give full-throated support for their candidate.

If ever there was a cross-over politician at the presidential level that would be Atiku Abubakar. His camp has even touted his being married to different wives from all the major tribes and different religions as a testament to Atiku’s true detrabilsed nature and accommodation for all Nigerians and thus is the ultimate unifier the nation needs at this moment when religious, ethnic and social cleavages have been dangerously expanded under the current dispensation. Critics are however not sold on that and thus trash that as positive attribute for leadership.

More importantly, however, is the fact that much more is required to win the 2023 presidential elections. The people not only need a message of hope, they need a sign of hope. Is the Atiku Brand sending that message? Is the Atiku Brand showing the right signs that ‘It is no longer business as usual”?

Is the Atiku camp smart enough to know that the greatest threat to their goal is not saying the right things at the right places at the right time while allowing all the negative talk, actions and inactions to suck the electoral oxygen off the Atiku Brand? Is the camp aware that it has lost 2 months since the end of the primaries? A lot of guerrilla marketing tactics ought to have been deployed by now but, unfortunately, it seems that the Atiku camp is very much at home doing things the same old way.

What many old-school politicians fail to realise is that the weighting previously given to politicking has to be drastically reduced in favour of pure candidate-marketing and voter-bonding activities in today’s electoral battlefield. The new electoral act and INEC’s introduction of the Bimodal Voter Accreditation System (BVAS) has put the power back in the hands of voters. Alongside the current harsh socio-economic realities, the Nigerian voter, more than ever before, needs a president they can truly believe in.

For the Atiku Brand to be the desired presidential brand in 2023, he needs some of the most persuasive surrogates in the business and excellent brand management consultants. What he lacks in grandiloquent elegance, he must make up for with his grit, familiarity with the people’s problems as well as demonstrable knowledge and determination to right the wrongs of the past and lift Nigerians to a better place.

Atiku Abubakar must sell himself as the best cross-over presidential brand that encapsulates the best of the older and the promise of the younger generation. His camp will do well to start now. It is better late than never.

Nigeria is at the crossroads, will Atiku cross over?