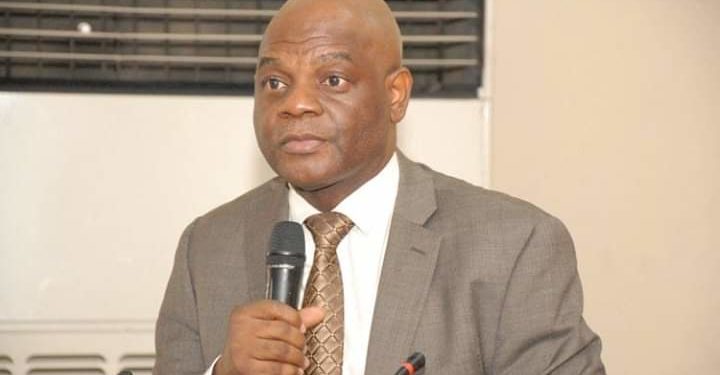 The Tertiary Education Trust Fund (TETFund) has said that it recorded over N60 billion decline in revenue available for its operations.

The Executive Secretary of the Fund, Mr Sonny Echono, said this on Thursday in Abuja.

This was when members of the House of Representatives Committee on Tertiary Education and Services, led by Rep. Aminu Suleiman, paid an oversight visit to the fund’s office.

Echono, while speaking on the operations of the Fund and the state of finances, especially from 2017 to date, said 2021 collection was what the fund used to operate in 2022.

“We witness a steady rise in collections under the education tax but unfortunately for the 2021 there was a sharp drop and that left us in a very dare position.

“For example, from N154 billion in 2017, the tax collection rose steadily to N257 billion over the years.

“So over N60 billion drop revenue or resources available to TETfund, and the way we operate, 2021 collections are used for 2022 operations,” he said.

Echono said that given the president’s commitment on increased funding for education with the support of the National Assembly, the tax rate for 2021 was increased from two per cent to 2.5 per cent.

He expressed optimism that before the end of the administration it would increase to three per cents, as a commitment the President gave the global community via the Global Partnership for Education.

Echono further commended the level of support and cooperation the fund had enjoyed from the committee and the National Assembly, while seeking its support in effecting the amendment of the fund’s Act.

“This is a major area that we will be seeking the support of the National Assembly in terms of legislation.

“The other aspect is the fact that in this oversight, we also want to open our activities more to independent assessment and evaluation on our behalf.

“So, we have designed a monitoring and evaluation.

“That will be involving key stakeholders, like the National Assembly, even the staff unions in our tertiary institutions, to join us to independently look at some of the things that we are doing,” he said.

Responding, Rep. Suleiman assured the fund of its continued support and cooperation to ensure that the system continued to work stronger.

“We congratulate you and we assure you of our support, without prejudice to the fact that sometimes we can agree to disagree.

“I have no doubt that our relationship will continue here. The essence is for us to better the system.”

Suleiman said the visit was a legislative requirement on any legislature through various committees that a minimum of an oversight must be conducted and the periodic report submitted to the house.

He directed TETFund to mandate state institutions benefiting from its interventions to submit reports of their operations within three weeks.

“For about four or five months we have written to the fund asking it to invite the attention of state institutions that are benefiting from the Tetfund operations.

“They are to send to the committee their statements of operations as they relate to what they have been getting from TETFund.

“If they don’t, you should stop funding them because they cannot collect public fund and refuse to account for it: impossible, they have to account,” he said.