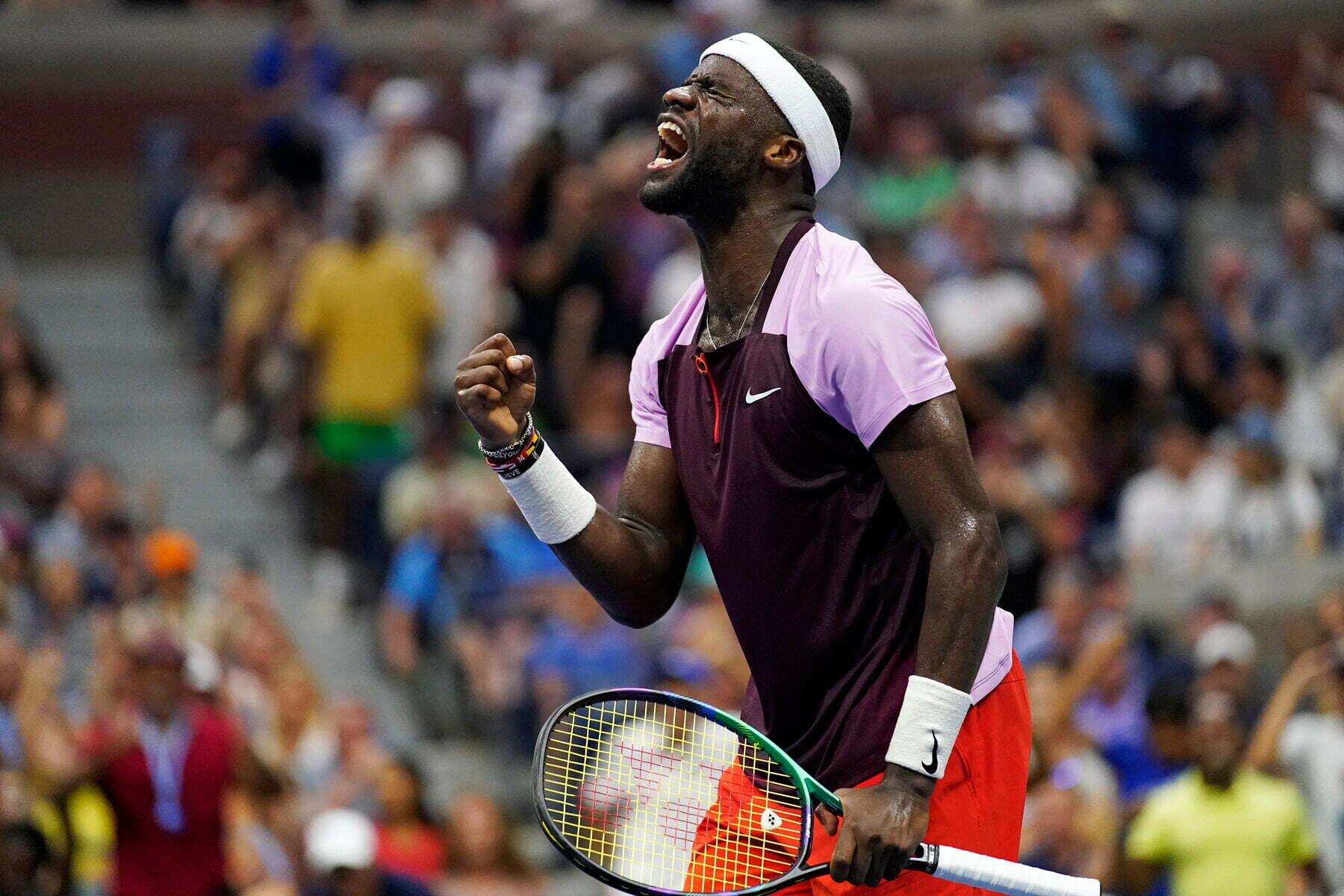 American Frances Tiafoe played the match of his life to beat second seed, Rafa Nadal 6-4 4-6 6-4 6-3 in the fourth round of the U.S. Open on Monday.

It was the first time this year that Nadal, who had been chasing a record-extending 23rd Grand Slam title, has been beaten in a major.

Tiafoe covered his face with his hands as he soaked up the cheers from a packed house at Arthur Ashe Stadium.

This was after breaking Nadal for a fifth time to claim arguably the biggest upset of the tournament.

“I don’t even know what to say right now, I’m beyond happy, I’m almost in tears,” Tiafoe, seeded 22, said in an on-court interview.

“I can’t believe it. He is definitely one of the greatest of all time. I played unbelievable tennis today but I really don’t know what happened.”

While Tiafoe did indeed play sublime tennis, he also benefited from an uncharacteristically poor serving and returning performance from Nadal.

With the win, Tiafoe snapped Nadal’s streak of 17 straight majors where he reached the quarter-finals or better.

The Spaniard had triumphed at the Australian and French Opens this year before withdrawing with an abdominal injury before his semi-final at Wimbledon.

After the match, Nadal made no excuses for his performance amid suffocating humidity in New York.

“I can find excuses but for me it’s simple: when you don’t play at the level that you should… you can’t win,” he told reporters.

“My opponent was the better player”.

Tiafoe, 24, was born in Maryland to parents from Sierra Leone and took up tennis while his father worked as a custodian at Junior Tennis Champions Center in suburban Washington DC.

After the match he donned a hoodie that listed all of Serena Williams’ 23 Grand Slam victories on the back.

The trailblazing Williams likely played her final match of her career at the tournament last week.

“When I first came on the scene I felt like a lot of people had low expectations of me and how I would do,” he said.

“I wasn’t ready for it mentally, I wasn’t mature enough for those moments.

“But these last couple years I’ve been able to develop and I have a great team behind me. I’ve been putting my head down and I’m happy with where I am in life.”

In spite never winning a set against Nadal in their two prior meetings, Tiafoe was fearless from the start, breaking for a 4-3 lead in the first set and capturing it with an easy volley.

Nadal took almost 10 minutes to change his kit and tape up his hands off the court prior to the second set, which he won.

This was when Tiafoe double faulted by the smallest of margins to level the contest.

Tiafoe pumped up the crowd when he set up a break point in the third set.

He rewarded them with a backhand winner down the line for a 4-3 advantage, causing him to sprint to his chair.

Nadal showed signs of life when he went up 3-1 in the fourth set.

This was after Tiafoe was broken in a game where he complained to the chair umpire about the noise of the roof closing for rain on mammoth Ashe stadium while he was serving.

But Tiafoe broke back on a shaky service game from Nadal and broke him again in the final game, when the Spaniard dumped a backhand into the net to seal the unlikely victory.

Next up for Tiafoe is a quarter-final showdown with Russian Andrey Rublev.