Tech should be about public good not only making money – Osinbajo

“This means bringing our capacity for innovation upon our big developmental challenges such as social security, financial inclusion and access to healthcare.” 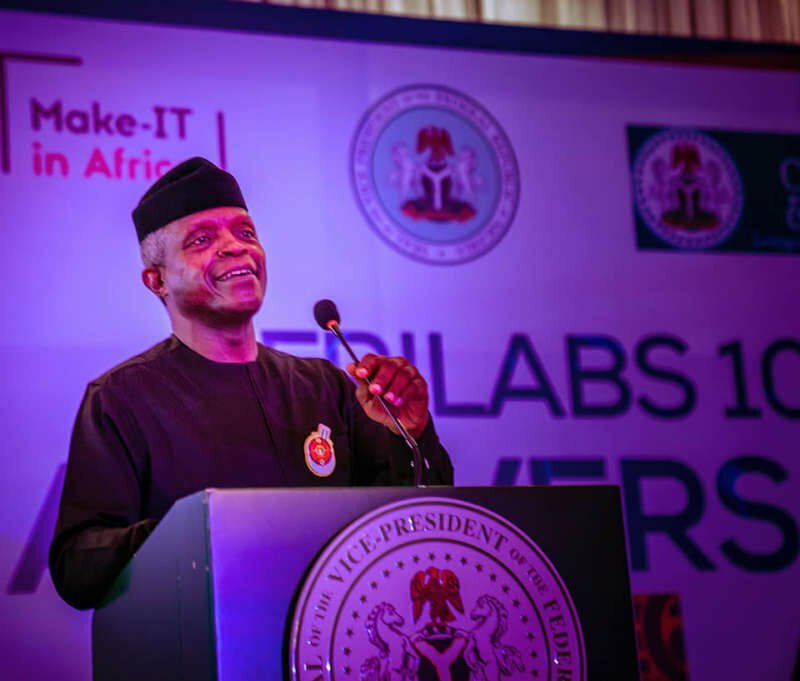 Vice President Yemi Osinbajo says technology and innovation should not just be for profit-making alone but also for the public good.

“Tech holds power to create gigantic commercial ventures with huge returns, but the fullness of the transformative and revolutionary potential of the ecosystem will be achieved when we address issues of the public good,” reasoned Mr Osinbajo.

Mr Osinbajo made this submission in his remarks at Afrilabs 10th Anniversary Dinner on Wednesday in Abuja. AfriLabs is a pan-African network organisation of over 320 innovation centres across 51 African countries.

Mr Osinbajo stressed that as the debate around major social media platforms indicated, those in the tech ecosystem must be alive, not only to the prospect of profits but also to their work’s social and public implications.

Mr Osinbajo noted that considerable progress had been made in supporting innovation by enacting the StartUp Act in Nigeria.

He also mentioned that the act was an effort of stakeholders in the private sector, federal government agencies, state governments, and the national assembly to institute legislative protection for founders and investors in startups.

“This is following the example of similar legislation enacted in Tunisia and South Africa. But as I had indicated earlier, our effort as governments across Africa have barely scratched the surface of the tremendous potentials available,” said the vice president. “Most innovators and startups are still unable to access cheap capital locally; many complain that the processes for obtaining financial support ought to be easier and more transparent. There is also still a need to train more and develop more useful digital skills on scale.”

Explaining his point further, he noted, “While we pursue this and begin to experience the power of tech to transform lives, we must also concern ourselves with issues of ethics and oversight.’’

Our Excos will emerge through consensus – PDP Governors