She said the N69 million the company paid was part of the N218 million PAYE/withholding tax it owed the Board. 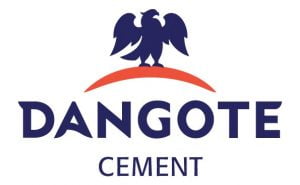 The Benue Board of Internal Revenue Service (BIRS) has unsealed Dangote Cement Company (DCC) Gboko after the company remitted N69 million part of the PAYE/withholding tax owed the board.
The Executive Chairman, BIRS, Mrs Mimi Adzape-Orubibi, said this on Wednesday in Makurdi.
She said the N69 million the company paid was part of the N218 million PAYE/withholding tax it owed the Board.
According to Adzape-Orubibi, the N69m represents one third of the total amount owed by the company.
She said the law permitted cooperate organisations to pay an initial one third of the total amount owed and pay the balance by instalments, which DCC complied with.
She also said the administrative offices of Jos Disco had remained sealed in the state over N433 million tax default, adding that discussions with officials of the company were on-going.
“We have human face and the law does that for us too, you can pay one third of what you are owing so Dangote paid one third of N218 million, which is about N69m the next day.
“The company also made a commitment to paying the balance in instalments.
READ ALSO:https://brandpowerng.com/kwara-gets-15m-intravenous-fluid-manufacturing-complex/

“But Jos Disco is yet to do that; so if you go around Makurdi, Otukpo and Gboko, all their administrative offices are under seal,” she said.
The News Agency of Nigeria (NAN) reports that the Chairman while sealing the companies said the Board sent demand notices to the companies and followed it up with reminders as contained in sections 57 and 58 of Personal Income Tax Act (PITA), 2011 as amended.
She explained that the sealing of the companies became necessary after exhausting all forms of diplomacy and giving the affected companies ample time to comply.
She said the Board obtained court orders on 13th April but delayed its execution because of the essential services rendered by the company and its effect on the economy of the state.