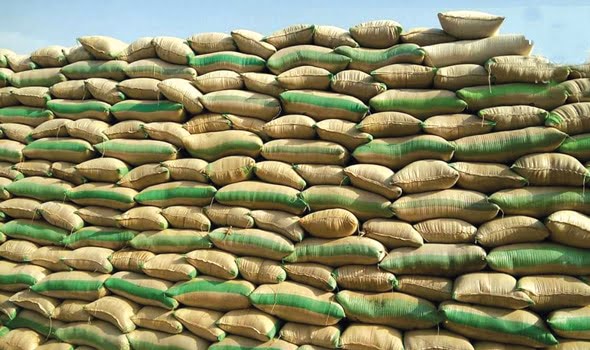 Rice and cassava farmers in Taraba on Thursday singed a Memorandum of Understanding (MoU) with three agricultural marketing companies to enhance produce marketing in the state.
The News Agency of Nigeria (NAN) reports that the signing of the agreement was facilitated by the Taraba Government, in collaboration with (FGN/IFAD) Assisted-Value Chain Development Programme (VCDP).
The MoU was also aimed at facilitating market linkages and signing of MoU between VCDP Rice and Cassava Farmers’ Organisations and Off Takers to place in Jalingo.
Mr Musa Irimiya, State Project Coordinator (VCDP) said at the event, that the agreement became necessary because of the need to provide adequate market for farmers.
Irimiya, who was represented by Mr Martin Jesse, Auditor of the Programme, said that the gesture was an exit strategy by the programme.
He said that the MoU was to sustain the production (farmers) and market (off-takers) relationship even at the completion of the programme.
He noted that the establishment of the market was a stimulus to agricultural production,  saying “no market, no production”.
He also advised both parties to honour the agreement reached, adding that such would sustain the buyers and producers relationship for the better.
The project coordinator commended Gov. Darius Ishaku of Taraba for being one of the few states that were up to date in their counterpart funding.
He said that the prompt payment of the  fund by the state had enhanced adequate participation and attainment on the goal of the programme.
Earlier,  Mr Ezikiel Mamayi, Head of Quality Control of the programme, urged farmers to adopt integrity in the supply of their produce, advising the off takers to use standard means of measurement of produce supplied to them by farmers.
In his remark, Mr Peter Agada, Representative of OLAM PLC, one of the off takers in rice production, urged farmers to improve their production to meet up the supply demand of the company.
Agada assured that the company would not renege on the agreement.
NAN reports that the three companies that signed the MoU are OLAM PLC,  buyers of paddy rice; Tita Kuru Food Processing Company for cassava and FTK Commercial Enterprises, also for cassava.
Sign in
Welcome! Log into your account
Forgot your password? Get help
Password recovery
Recover your password
A password will be e-mailed to you.