“In the period under review, TAJBank recorded positive indicators which showed the remarkable growth that the nascent bank continues to achieve. 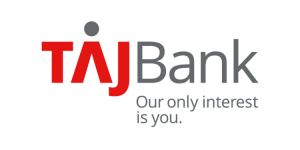 The bank’s Managing Director, Mr Hamid Joda, said in a statement that the growth represented 433 per cent improvement on the bank’s profit for 2020.

Joda said that the bank also recorded 117 per cent growth in gross revenue, from N3.3 billion to N7.2 billion.

“In the period under review, TAJBank recorded positive indicators which showed the remarkable growth that the nascent bank continues to achieve.

“The bank also achieved a leap in shareholders’ funds during the year, which also marked some great improvements for the Bank’s financial results coming from the previous year,” he said.

He said that the bank’s drive for deposit base growth showed in the financial results as customer deposits also increased by 99 per cent over the previous year’s value.

“Also, the bank rapidly expanded its branch network by 22 new branches and business offices within the period under review.

“Since commencing operations two years ago, TAJBank has continued to record giant strides in the financial services industry.

” Generally, TAJBank has continued to record excellent financial performance within the short period of its existence,” he added.

Also speaking, the Executive Director, Mr Sherif Idi, said that TAJBank had a healthy appetite for growth and for excellence.

“These results are a testament to what we portray and what we are about,” he said.

He said that the bank would not slow down in its sustained commitment to continue to add value to its shareholders.

“We will continue to strive to surpass our customers’ expectations in innovative products and services delivery and in ensuring that we continue to break frontiers in the Nigerian financial system,” he said.