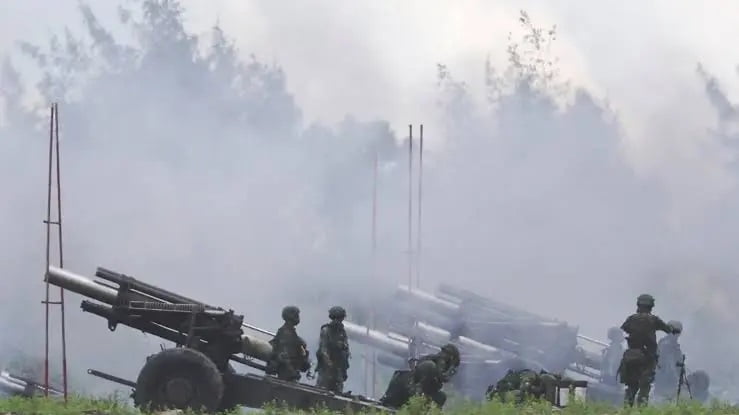 The live ammunition artillery exercise known as the Tien Lei drill was announced in late July and was designed to simulate Taiwan’s defence against an attack by China’s People’s Liberation Army.

It is taking place on Tuesday and Thursday this week and was planned as part of Taiwan’s annual Han Kuang exercises, but comes amid heightened tensions and just after China said it would extend large-scale air and sea drills to the north, south-west and east of Taiwan that had been due to end on Sunday.

No new formal end date has been announced.

Taiwanese television reported Tuesday that flares were fired in coastal areas during the military exercise in Pingtung County in Taiwan’s south, near a zone previously designated by the Chinese army for its drill.

“China’s real intention behind these military exercises is to alter the status quo in the Taiwan Strait and the entire region,” Taiwan’s foreign minister Joseph Wu told a news conference on Tuesday in Taipei.

Wu said China’s large-scale military exercises, missile launches and cyberattacks were all part of Beijing’s “military playbook to prepare for the invasion of Taiwan.”

He said they were strategies to “weaken public morale” on the island.