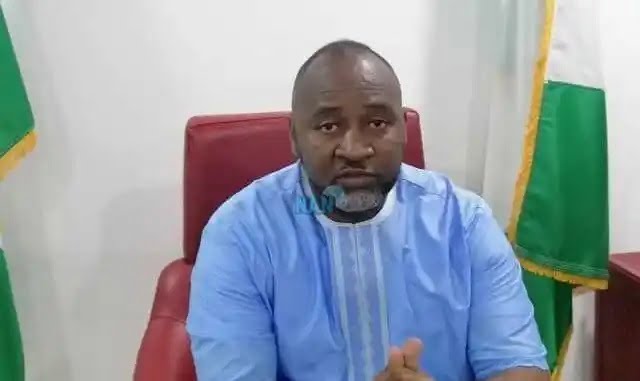 State chairmen of the African Democratic Congress (ADC) have declared the purported suspension of the party’s 2023 presidential candidate, Mr Dumebi Kachikwu as null and void.

The National Working Committee of the party suspended Kachikwu on Friday over alleged anti-party activities.

His suspension was contained in a statement released on Saturday by the Deputy National Chairman (Politics) of the party, Mr Bamidele Ajadi.

Mr Ajadi accused Mr Kachikwu of making “defamatory’’ statements that contravened the values of the ADC. He also accused him of other anti-party activities.

Mr Ajadi described the action of Mr Kachikwu as a sign of “crass irresponsibility, gross indiscipline, disingenuous scandalisation’’ and an attempt to blackmail the party’s executives to do his bidding.

He stressed that such attitude was improper for someone who wants to be the president of Nigeria.

“The NWC viewed with great concern the baseless and defamatory video circulated by Mr Kachikwu, which was intended to disparage and impugn the integrity of ADC and its national officers,’’ Mr Ajadi wrote in the statement.

State chairmen of the party, however, told a news conference in Abuja on Saturday that a National Working Committee (NWC) whose tenure had elapsed could not suspend the candidate.

They said the tenure of the NWC lapsed in August.

Addressing the news conference, Mr Kingsley Ogga, Chairman of Forum of State Chairmen of ADC noted that the NWC had earlier convened a “fake and kangaroo’’ National Executive Committee (NEC) meeting on Aug. 26.

He said the fake NEC meeting lacked the constitutional requirement of seven days’ notice to be held.

“The said meeting was overcrowded with unknown persons and miscreants. State chairmen walked out of the meeting as non-NEC members were seated in large numbers.

“The purpose of the illegal meeting is best known to the National Chairman, the National Secretary and other members of the NWC.

“The said purpose was revealed when the fake meeting purportedly extended the tenure of the NWC.

“It is, therefore, important to state here that what transpired on Aug. 26 at the ADC secretariat was fake, unconstitutional, null and void and of no effect,’’ Ogga said.

He called on INEC to disregard the illegal suspension of Kachikwu and prevail on ADC to convene to elect a new NWC.

He said since the tenure of the NWC had expired, the states chairmen were in charge and would convene a NEC meeting on Monday to elect new NWC members.

“They do not have the capacity to suspend the presidential candidate; their tenure has expired.

“The people constituted to be NEC members are states chairmen and our serving House of Representatives members,’’ he said.

In his remarks, the Secretary of the Chairmen’s Forum, Mr Kenneth Odiom, said Kachikwu was duly elected at the party’s primary election and there were no questions about his emergence.

“Nobody in his right senses will suspend a presidential candidate when election is just around the corner.

“They are claiming that we are at war but there is no crisis in the ADC.

“We are preaching that we want to reposition Nigeria and we cannot manage our affairs; that means we cannot tell Nigerians to trust us with their votes.

“We must of necessity put our house in order through a democratic process to make us a political party that is ready to change Nigeria for good,’’ he said.

Odiom added that a new caretaker committee would be structured in all the geopolitical zones to determine the affairs of the party for a national convention.