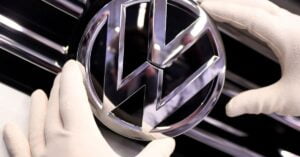 Leading German carmaker Volkswagen released financial results on Thursday that showed a boost in profits, looking at figures for the first six months of 2022.

But there was a decline when the focus was purely on the second quarter.

“Developments in the reporting period depended on one hand on the scale of the negative impact of the Coronavirus (COVID-19) pandemic and the intensity with which measures were taken to contain it.

“On the other on the extent to which national economies were affected by the consequences of the Russia-Ukraine conflict,’’ read a report by VW.

It noted that supply shortages caused by Coronavirus lockdowns and shortages of parts that had been provided out of Ukraine also hampered production.

In addition, as economic troubles expand globally, some markets are starting to see reduced car purchases.

Thus, for the first half, VW reported post-tax earnings of 10.6 billion euros (10.8 billion dollars), a 25.8 per cent increase from the same period a year ago.

Sales revenue for the quarter stood at 69.54 billion euros, a 3.3 per cent increase from last year’s 67.29 billion euros.

In the quarter, deliveries to customers declined 22.4 per cent from last year to 1.98 million units.

Vehicle sales were 2.01 million units, down 13.5 per cent from the prior year.

The production also declined 3.5 per cent to 2.12 million units.

Looking ahead, Volkswagen said it saw a positive second half ahead and confirmed its outlook for 2022 after a solid first half as supply constraints ease.

The company said the supply of wiring harnesses which had previously been heavily sourced out of Ukraine has been managed successfully and was mostly back to normal levels.

The product mix is expected to normalise in the second half as the semiconductor situation improves in combination with a strong order book.

A noticeable recovery of the monthly sales towards the end of the second quarter additionally bodes well for second half sales, it said.