The Bayelsa government which has been mediating in the dispute following a protest in December 2021, however, urged the people to exercise restraint. 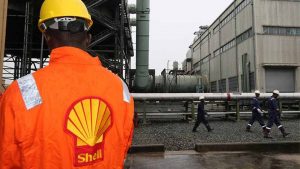 Supermajor Shell on Monday said it was working with the Bayelsa government to resolve a dispute with some host communities over the non-execution of an electricity project.

The four communities constituting  the Kolo-Creek Cluster Development Board in the Ogbia Local Government Area of Bayelsa on March 8 threatened to ground operations at Shell’s oilfields over the failure to provide them with electricity.

The News Agency of Nigeria (NAN) reports that the 14- day ultimatum is sequel to several delays by the oil firm which had resulted in missed timelines to deliver electricity as pledged.

The Bayelsa government which has been mediating in the dispute following a protest in December 2021, however, urged the people to exercise restraint.

Reacting to the resolution of the four communities to disrupt operations at the Kolo Creek fields, Mr Michael Adande, a spokesman for Shell Petroleum Development Company (SPDC) assured the people that the oil supermajor was working to resolve the dispute amicably.

Adande said: “The Bayelsa State Government and SPDC are working with the beneficiary communities to deliver the backup electricity project based on a rescheduled delivery timeline.”

The ultimatum letter which was jointly signed by the paramount rulers of Imiringi, Otuasega, Oruma and Elebele Communities demanded restoration of electricity among other due obligations that have yet to be met.

They demanded the immediate operationalisation of the 2.5 MVA generator installed by Morpol Engineering Services Limited and the award of contract for the Oruma high tension line.

They stated that the SPDC had “deliberately refused to honour the agreements it had with the cluster communities on several occasions since 2013.

They noted that the communities had unanimously resolved to shut down all the firm’s oil installations and platforms in Kolo-Creek at the expiration of the 14 days’ ultimatum.