He noted that the federal government need to develop a long-term plan for economic diversification to make the nation a more producing economy. 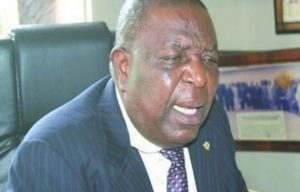 Nzekwe gave the advice in an interview with the News Agency of Nigeria (NAN) on Wednesday in Ota, Ogun, while reacting to the figure released by National Bureau of Statistics (NBS).

NAN reports that the NBS had on Monday (May 16), said that the inflation rate increased from 15.9 per cent in March to 16.8 per cent in April.

He noted that the federal government need to develop a long-term plan for economic diversification to make the nation a more producing economy.

“If the federal government has done the long-term plan for economic diversification, most of the things imported from aboard would have been produced in Nigeria.

“The country is not producing enough goods for consumption. So, we depend on importing into the country and the provision of dollars to do this is inadequate,”Nzekwe said.

He described the development as external volatility as naira to dollar for importation were very high, noting that this contributed to the current inflation figure in the country.

Nzekwe appealed to the federal government to redouble its efforts in  providing conducive environment for the productive sector to produce more goods.

This, he noted, would help to reduce the continuous inflation rate.

According to him, when the productive sector produce more goods, there will more goods for local consumption and some of the goods will also be exported.

He also said that a the productive sector would also generate more revenue for the country and help the currency to be stable.

He suggested that the Federal Government should also trim down its recurrent expenditures so that the cost of running the governance could be drastically reduce.

Nzekwe urged the government to also provide enabling environment for digital economy to thrive for more economic activities that could bring down the high inflation rate.

The ex-ANAN president added that the government should block all leakages through which money goes into individual pockets in form of corruption.