“The way out is to invest more in renewable energy solutions to run the economy. 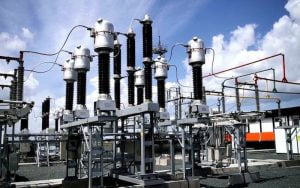 The News Agency of Nigeria (NAN) reports that the stakeholders stated this amidst lack of adequate power supply, fuel scarcity and increase in the prices of petroleum products, especially diesel and petrol.

“The way out is to invest more in renewable energy solutions to run the economy. Although I commend the federal government for including its Paris climate accord commitments in Nigeria’s 2021-2025 Economic Recovery and Growth Plan.

“Part of the plan is to invest massively in solar energy production and energy efficiency, in addition to gas flaring reduction.

“However, it appears that the desperation to achieve rapid economic growth is keeping the country hooked on fossil fuels,” he said.

Ibe noted that Nexgen Energy, as a sector player, had been working toward the goal and was ready to complement national and global efforts toward clean and sustainable energy.

“This is why the Nexgen Energy hub also houses a training facility to build capacity for the renewable energy industry and create jobs and efficiency in the system,” he said.

Atser, a renewable energy user, said that it would help businesses to cut the cost of diesel and petrol as well as enhance effectiveness in production and supply.

“The way to go is to get energy from renewable sources. I have been on renewable energy for some years now. Aside from the initial cost, those on the national grid pay more than me now for energy.

“Whereas, they hardly enjoy the electricity they are paying so much to get,” Atser said.

Earlier, the President, Renewable Energy Association of Nigeria (REAN), Dr Segun Adaju, said the Nigeria Economic Investment Plan superseded the Economic Growth and Recovery Plan and that it had a component on renewable energy.

Adaju, speaking on the sidelines of the inauguration of Nexgen Energy Hub in Ibadan, said that the federal government’s policy of financing five million Nigerians would impact 25 million people, with the understanding that there were, at least, five people in a family.

He said that under that scheme, another financing programme was brought by government called ‘Solar Power Naija’ to support the local content.

“Companies can access the funding; it is with Central Bank of Nigeria and implemented by Rural Electrification Agency.

“It is like seed money brought by government and it is bringing a lot of investors, both foreign and local, into the industry because of the plan that has been developed.

“It is also expected to create 250,000 jobs for Nigerians, as it will train them on how to be entrepreneurs, installers or engineers in this space,” he said.

Adaju said Nigerians only needed to wait for the impact of the government policies and strategically prepare to take advantage of other similar ones on renewable energy.

“We expect this to bring major change in the industry and enhance energy access for Nigerians,” he said. (NAN)