“There are maritime institutions that work silently generating huge revenue. Most of the agro-allied products are ferried through the seaports to other countries, including oil and gas. Where are the statistics of trade in the maritime sector? 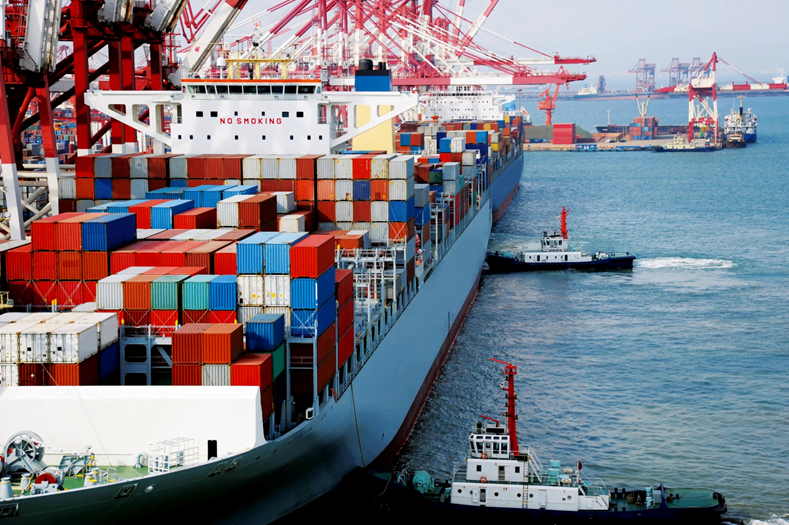 The Guardian reports that stakeholders in the maritime sector have kicked against the non-capturing of the sector as a single major contributor to the nation’s economic growth.

The contribution of the non-oil sector to the GDP increased from 91.07 percent in Q2 2020 to 92.58 percent in Q2 2021. The stakeholders, however, lamented that despite the fact that the maritime sector is said to be the second revenue generator for the government, the sector’s contribution to the nation’s GDP is still very low with its effect not felt on the economy.

The maritime sector has been seen as the major revenue generator for economies of the world, as the global maritime industry generates $6 trillion yearly.

The President, Shippers Association of Lagos (SAL), Jonathan Nicol, said the maritime sector should have been at the forefront because of its contributions to revenue generation.

Nicol said the cross-border trade outlets, which have existed for centuries, have continued to generate enormous revenue estimated at over $5 trillion yearly.

“There are maritime institutions that work silently generating huge revenue. Most of the agro-allied products are ferried through the seaports to other countries, including oil and gas. Where are the statistics of trade in the maritime sector?

“We believe that the maritime sector has been ignored for decades best known to the operators. If the maritime sector is docile, you won’t be having over 1,000 vessels berthing and discharging cargo in Nigeria on a daily basis. The sector at the moment has not been rid of corruption. This is what determines a serious sector performance.

“The report given to the International Traders shows that the system is badly managed. Institutions under the Federal Ministry of Transportation should give accurate data of what the sector handles regularly to the office of statistics,” he stressed.

He said Nigeria has not been able to get into the International Maritime Organisation (IMO) because of the decay.

Nicol added that with the division of stakeholders in the sector, common problems are not addressed and resolved.

Nicol further added that the Judiciary is also responsible for the state of the maritime sector, noting that an economic matter in the sector deserves priority, even more important than political arguments.

He said if economic policies are put in place correctly, such that the regulators will not compromise their privileged positions and institute divisions among stakeholders, the revenue of the sector will improve.

“Until we bring ourselves together as one and fashion our values and future, the GDP of the maritime sector will be hidden under the bushel of gross illusion,” he said.

Former Director-General of Nigerian Maritime Administration and Safety Agency, (NIMASA), Temisan Omatseye, lamented that critical sub-sectors of the maritime sector have been ignored by the government, despite its huge revenue generation capacity.

He frowned on shipping not being part of the drivers of the recent GDP growth, noting that the problem has always been the failure of the government to see the impact of the sector in the Nigerian economy.

He said Nigeria is recording capital flight as foreigners control all the international going cargoes, vessels and barge operations, as well as Cabotage.

Omatseye noted that the government needs to carry out a business analysis on the impact of shipping clusters on the Nigerian economy, adding that once they begin to do that, they will see the kind of earning power and the trickle-down effect that shipping, maritime and logistics support would have on the economy.

Also speaking, the Founding President of the Nigerian Shipowners Association (NISA), Isaac Jolapamo lamented that Nigeria is not tapping into the potential of the maritime sector, noting that the government cannot grow the GDP from maritime without developing the nation’s shipping capacity and capability.

He said Nigeria has restricted herself to becoming a dumping ground, adding that the money lost to freight to foreign ship owners would have been used to grow the nation’s GDP if it only had and ran its own vessels locally and internationally.

He said foreign ship owners repatriate the profit accrued from the shipping business in Nigeria to their various countries, thereby making it difficult for Nigeria to retain the money in the economy.

The National President, Africa Association of Professional Freight Forwarders and Logistics in Nigeria (APFFLON), Frank Ogunojemite, said poor infrastructure, obsolete equipment and lack of a single-window are the impediments in the ports affecting the maritime sector’s revenue contribution to economic growth.

Ogunojemite also questioned the statistics released by institutions in the country, as he called for critical examination of the NBS and other international and government agencies data, noting that some of them have painted the image of Nigeria dark globally.

He said the contribution of the maritime sector has not been felt because of the prevailing challenges of the various sub-sectors that have defied solutions.