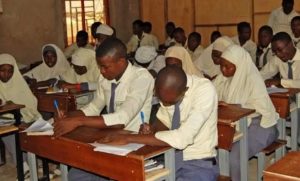 Education stakeholders have called on the National Assembly to reconsider the resuscitation of the National Senior Secondary Education Commission (NSSEC) Act.

The stakeholders made the call in a statement by the Head, Press and Public Relations of the commission, Mrs Fatima Bappare in Abuja on Tuesday at the end of a public hearing of stakeholders’ submissions to the Senate Committee on Education.

The statement quoted the Executive Secretary, NSSEC, Prof. Benjamin Abakpa as saying that the bill sought to repeal the NSSEC Act No. 47 of 1999 LFN, CAP N73 2004, describing it as inoperative since its enactment in 1999.

Abakpa, while pleading for the passage of the bill, said that the bill sought to infuse and expand the functions of the commission in line with the present reality in the country and to streamline the composition and functions of the State Senior Secondary Education Board.

The Chairman, Governing Board of the Commission, Dr. Nimota Akanbi, said that the passage of the bill would help the commission provide effective guidance and oversight functions on broad policy issues.

Akanbi said it would also help in adopting best practices, monitoring institutional projects and getting funding outside government to improve the facilities and infrastructure which were the hallmark of outstanding senior secondary education commission.

“The commission in the quest of repositioning Senior Secondary Education will be improving in community participation and foreign country relationship in our senior secondary schools.

“It will also partner with the Nigeria Educational Research and Development Council (NERDC) in updating the Senior Secondary Education Curriculum,” she said.

She, therefore, appealed to the Senate Committee on Education to pass the NSSEC Bill into Law, adding that the commission and its stakeholders were eager to have the amendment of NSSEC Act of 1999 align with current realities.

The Senate President, Ahmed Lawal said that the Senior Secondary Education was a formative stage in education and as such required adequate attention to get things right.

Lawal urged the stakeholders to come up with good submissions that would help the Senate Committee on Basic and Secondary Education find a good outcome in legislation.