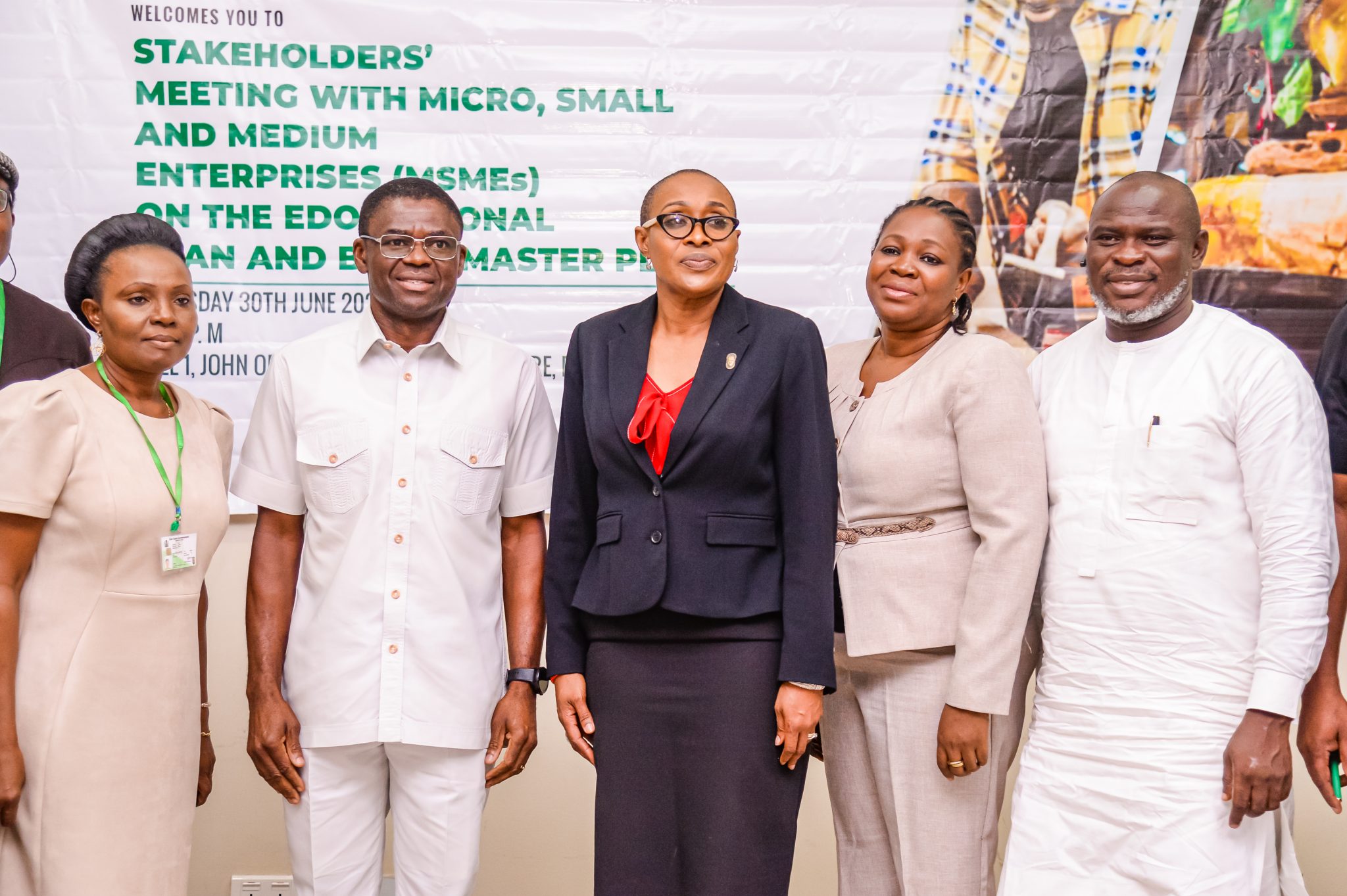 Stakeholders in the Micro, Small and Medium Scale Enterprises (MSMEs) sub sector, have met to chart a path for the implementation of the national MSMEs policy in Edo.
The one-day event which held in Benin, was tagged: “Stalkhokders Dialogue on MSMEs Development and the Implementation of the National Policy on MSMEs” in Edo
.
Speaking at the event, Mr Onesi Lawani, the Deputy Director Policy, Small and Medium Enterprises Development Agency of Nigeria (SMEDAN), said the meeting was to create awareness and ownership of the national MSME policy in Edo.
Lawani said the implementation of the national policy was to facilitate as well as sustain a vibrant MSMsE sub sector that would be the major driver of the nation’s economic growth.
Also speaking, Markus Wauschkuhn, Head of Programme, Pro-poor Growth and Promotion of Employment in Nigeria (SEDIN), said that addressing issues facing MSMEs in Nigeria was the surest way to bridge the unemployment gap in the country.
Wauschkuhn said the essence of the dialogue was, therefore, to strengthen coordination of activities done by the Federal and States MDAs as well as donor organisations, geared toward the development of MSMEs in the country.
Represented by Akinropo Omoware, Head of Policy, SEDIN, Wauschkuhn said  “we believe that the forum will provide opportunity for stakeholders in the MSMEs eco-system in the state to interact on the key challenges, foster common understanding and proffer some solutions”.
Also speaking, Gov. Godwin Obaseki of Edo, said that one could not underscore the fact that MSMEs were the engine of any economy, as they remained the largest employers of labour.
“We have struck strategic collaboration with local amd international partners to ensure the promotion of the private sector in the state.”
The governor was represented by Hon Afishetu Braimoh, the Commissioner for Business, Trade and Cooperative in Edo.
Earlier, the Director-General of the Benin Chamber of Commerce, Industry, Mines and Agriculture, Mr John Imalingmhe, commended SEDIN’s support to MSMEs in the state.
The News Agency of Nigeria (NAN) reports that the event was organised by SMEDAN in collaboration with the Edo State Ministry of Business, Trade and Cooperatives and the Edo State Skills Development Agency.
The dialogue was  supported by SEDIN, a programme under the German Agency for International Cooperation (GIZ).
Editor’s Picks  ASUU strike heightens drug abuse among youths – Obaseki