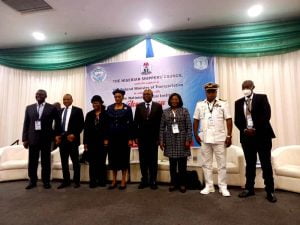 Some stakeholders on Thursday applauded the Maritime Seminar for Judges, saying it would enable them to effectively and efficiently handle maritime-related cases in courts.

The 16th International Maritime Seminar for Judges is being held in Abuja and organised by the Nigerian Shippers Council (NSC) in collaboration with the National Judiciary Institute (NJI).

Dr Emeka Akabogu, the Senior Partner, Akabogu and Associates said the seminar had given the judges an understanding of the primacy of Admiralty Law and its importance compared to other areas of law.

“You need speed; you need immediate action many times, because you are dealing with ships, which are international in nature.

“The ships are moving from one jurisdiction to another, they come into the country, spend a few days and have to leave, in some cases they are at rest and different things.

“So, the judges have a better understanding of the importance of admiralty law within the context of law generally and are able to act quickly on it.

“This particular edition is important because it incorporates justices of all starters of courts, the Supreme Court, Court of Appeal and the Federal High Court; and in incorporating their attendance; they are exposed to the most challenging things.

“The topics that have been set out on the schedule are those which are most challenging at this time.

“So if you look at the programme, you will see discussions on the standard operating procedures at the ports, current issues which are affecting adjudication of cases, on case management in application of technology etc.

“We are hopeful that at the end of the day, the judges will go home better equipped to discharge the functions in their offices.’’

Meanwhile, the Acting Chief Justice of Nigeria, Justice Olukayode Ariwoola said judges who had participated in the seminar had become better equipped with knowledge of rudimentary maritime laws necessary in handling complex maritime claim and cases.

According to him, the seminar is designed among other things to acquaint participants with emerging trends in the sphere of Admiralty Law and the challenges that digitisation and globalisation may throw up on adjudication of admiralty matters.

Similarly, Justice Bode Vivour said the seminar provided a specialised forum for judicial officers to be equipped with requisite skill and knowledge as a means to an efficient and effective judicial resolution of maritime businesses.

“The judiciary as we all know is the lifeline of democratic societies. The need to strengthen our respective judiciaries cannot be overemphasised.

“An effective judicial system is a key pillar of an efficient economy and plays a vital role in a nation’s economic performance.

“A strong and independent judiciary which decisions are rendered fairly, transparently within reasonable time limits and in accordance with international recognised norms, encourages foreign and local private sector investment.’’