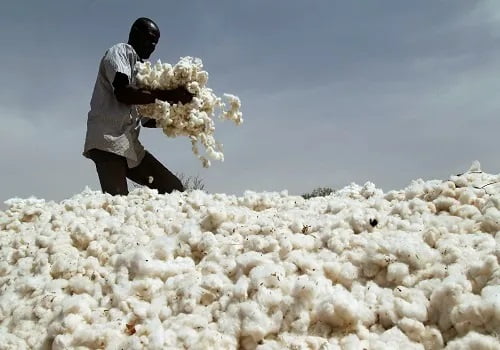 Stakeholders in the Cotton, Textile and Garment (CTG) Sector, have called on the federal and state governments to reposition the sector to enable it to contribute to the economic development of the country.

They made this known at the maiden edition of the Paul Sunday Achimugu CTG Annual Lecture Series in Abuja.

The event was organised by the Paul and Mary Achimugu Foundation.

Mr Adams Oshiomhole, former National Chairman of the All Progressives Congress (APC), said if properly repositioned, the CTG value chain would be a potential ‘gold mine’ for the country.

Oshiomhole, who was the Guest Speaker at the occasion, spoke on the topic “Repositioning the CTG Sector as the engine of growth for the Nigerian Economy. ”

Oshiomhole said that the sector, if revitalised, could attract Foreign Direct Investment (FDI) for massive industrialization of the country.

According to him, the CTG Value Chain has been a vital and vibrant part of the Nigerian Economy in the 1980s and early 1990s.

He added that the sector was a major employer of labour, second only to government that contributed to the nation’s GDP and the foreign exchange earnings of the country at that time.

He said that due to some number of factors, the whole sector was currently in a state of near-total collapse, which required urgent attention.

“To revitalize and reposition the Nigerian CTG sector, the following important decisions and actions must be taken and followed through by government and the CTG stakeholders.

“Government must provide special tariff power; that is, gas and other energy sources for the CTG sector.

“Re-tooling for obsolete machinery, more aggressive and tighter control at the Nigerian borders to reduce the smuggling and influx of second-hand clothing.

“Engagement with China at governmental level, special treatment for the CTG sector in terms of tax, finance and so on.

“Establish clusters like Industrial parks with shared facilities, convene another high level stakeholders’ CTG summit, among others,” he said.

Former Governor of Kano State, Rabiu Kwankwaso, said there must be sincerity and strong political will by the government to revive the sector.

“No industry will survive let alone flourish without the government putting the right policies and support infrastructure in place.

“Supporting the production of cotton, that is, cotton farming and liberalizing the import of modern textile machinery is the second step,” he said.

Kwankwaso added that a multi-faceted action plan, including reducing the cost of power and energy, cutting bureaucratic bottlenecks, providing critical and strategic infrastructure to support industry growth, among others.

On his part, Dr Anibe Achimugu, Chairman of the foundation, said that all hands must be on deck to revive the CTG sector in the country.

“Before late 90s, cotton was grown in abundance in Nigeria and cotton Lents sold to the textile industries to produce garments that flooded our markets and those of African countries.

“The CTG sector then was the second largest employer of labour after the Federal Government. However, this same cannot be told about the CTG sector today,” he said.

He added that for industrialisation and rapid employment to be achieved, deliberate efforts must be made to revive the sector.