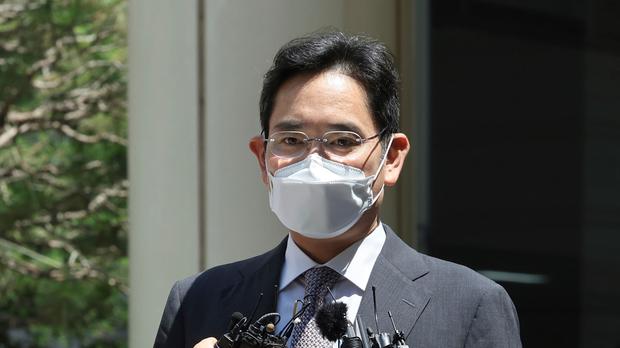 The pardon for the 54-year-old vice chairman of leading smartphone maker, Samsung Electronics, was the most prominent among the pardons issued for 1,700 people by the president.

The presidential pardon means that he is now free to conduct his business activities, lifting the conditions on his release from prison.

However, he faces further proceedings relating to manipulating share prices, he rejects the allegations.

The pardons are to go into effect on Monday August 15, the day on which the country marks liberation from Japanese colonial rule in 1945.

The day is often marked by amnesties or mass pardons.

Among others pardoned this year is the chairman of the Lotte Group, Shin Dong Bin, who was serving a sentence of two and a half years for corruption.

Lee Jae Yong was found guilty of involvement in a huge corruption scandal centered on former president Park Geun Hye, who was removed from office as a result in March 2017.

In a renewed trial, the court found in January 2021 that Lee had offered Park and one of her close advisors money in exchange for support regarding a transfer in power within Samsung, the country’s largest conglomerate, or chaebol.